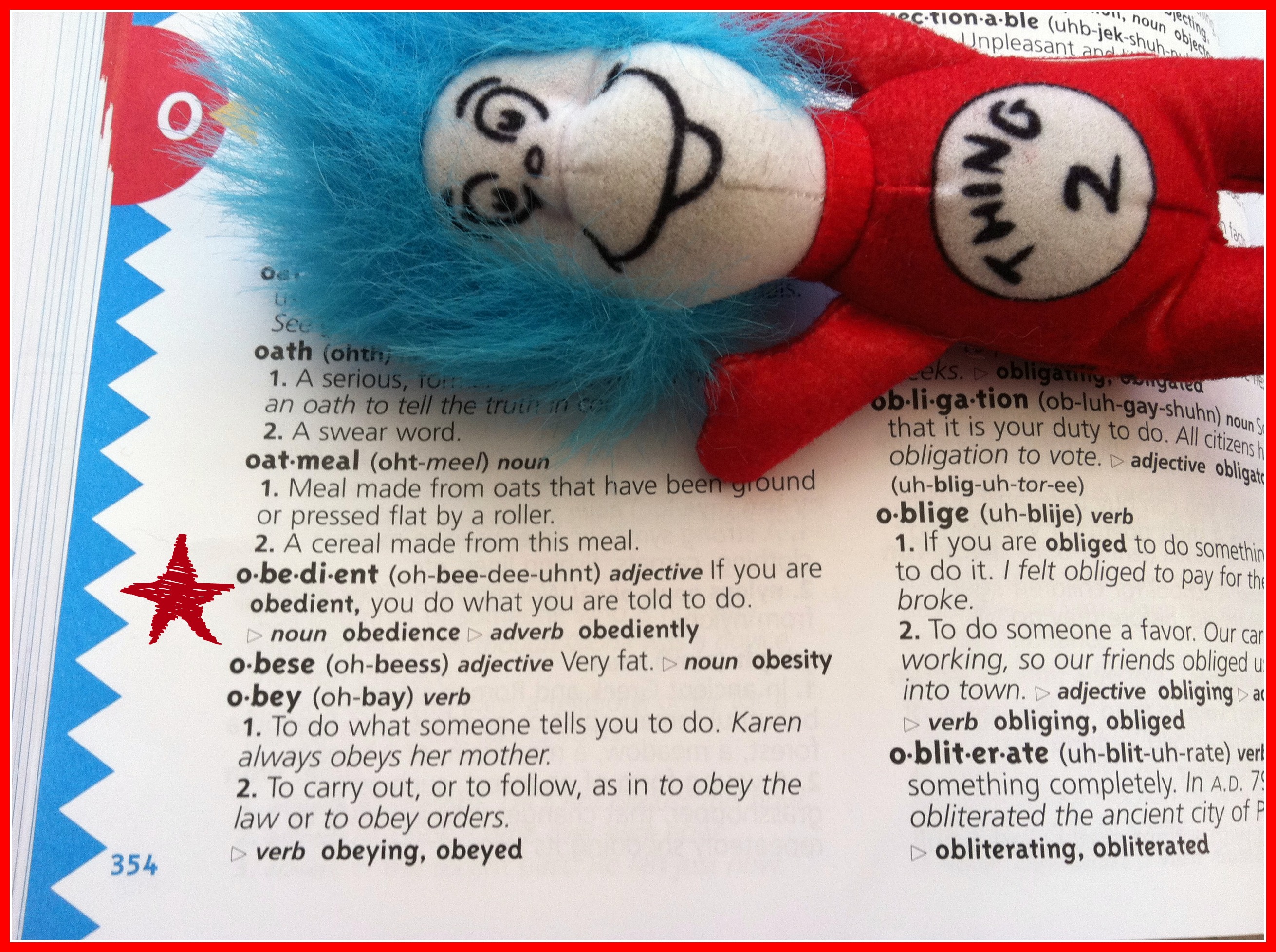 It’s Saturday night. Vivian has discovered the dictionary. She wants words to look up. I suggest clever.

She looks it up, reads the definition, and smiles.

My husband suggests geek, which isn’t in there. He throws out its slightly more popular cousin, nerd.

A few words later, Vivian runs back to me.

I’m styling my hair because I’m going out. This is as common as Snooki playing Scrabble and making a five-letter word.

“I’ve heard that one before,” Vivian says.

I turn the hair dryer back on.

Two minutes later, Vivian is back. I’m wielding a mascara wand, trying to keep from stabbing myself in the eye. Since it’s no longer Halloween, going out as Cyclops isn’t a splendid option.

I look at my watch. It’s approaching 8 o’clock, her bedtime.

Vivian rifles through the dictionary. “It says to sleep.”

Vivian follows me into the bedroom, where I’m searching for my black boots.

“Can you tell me the first four letters?” Vivian asks.

I zip up my boots and say goodbye to my husband, who’s flicking through the sports listings, seeing which college game is on.

Vivian runs out of her room, open dictionary in hand. “I will not listen to everything you say. You want me to go to sleep, don’t you? That’s why you gave me slumber and then obedience?”

What words would you suggest the kids in your life look up?

Also, please head over to Thoughts Appear’s blog, where I reveal what chick-flick Mr. Pittsburgh himself (Clay Morgan) has to watch because he lost a bet to Thoughtsy when the Ravens beat the Steelers last weekend. This makes me happy.