Do you know what’s not fun? Driving thirteen hours across the Canadian prairies in one day. You know what makes it more fun? Cruising in a 2017 Lincoln MKX. This full-size SUV even makes hitting kamikaze grasshoppers, moths, and dragonflies—the only living things we often saw for kilometres—kind of fun. (If there’s a PETA for insects, I’m sorry).

Unlike us, the Lincoln MKX is loaded. To the hilt, whatever a hilt is. But I’m sure the MKX likely has a hilt since it has nearly everything else. Here are some of our favourite features: 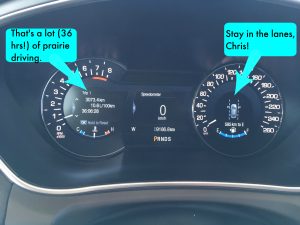 The MKX also gave us oodles of room in the back for our luggage, for the biggest crate of water I’ve ever seen (evidently Chris thought we were driving across the Australian Outback), and for lots of homemade preserves (thanks, Mom!) as well as a brand new ukulele (thanks, Steve!).

When we returned the MKX, we picked up a Lincoln Continental, the ultimate highway-driving car with 400 horsepower (not sure what that is, but it’s impressive) and a bunch of torque, which autocorrects to “toque” since I’m Canadian. This time, instead of going from Calgary to Winnipeg (and back), we headed north, to our nephew’s wedding near Edmonton, which was only a four-hour drive. When we arrived, my brother-in-law said he half-expected the Obamas to step out. But it was only us. Disappointing our family for decades. 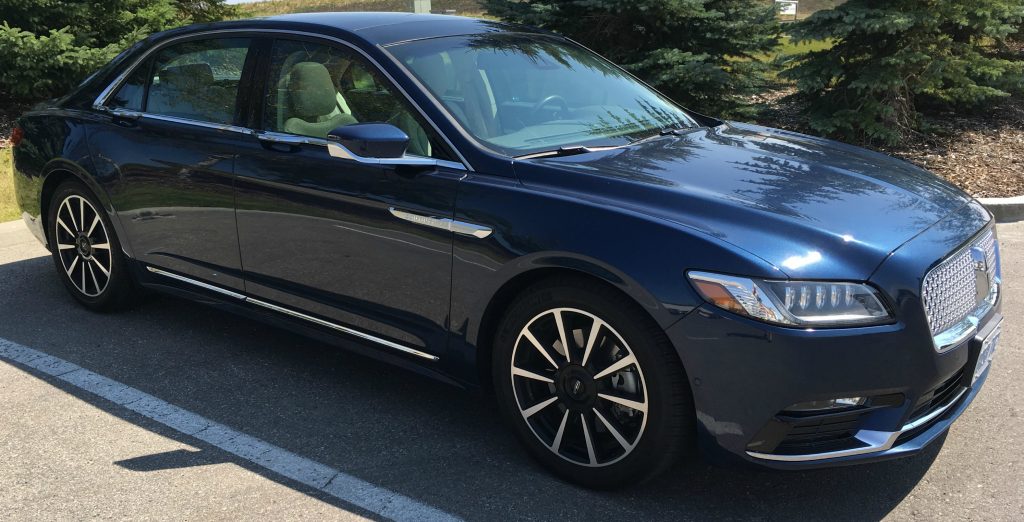 By now, it’s clear I don’t know a lot mechanically about cars, but I do know how to drive them. I mean DRIVE. I especially love to corner quickly—you know, brake before I corner and accelerate into the turn—and not just because it’s an excellent lesson on the principle of inertia for my kids in the back seat. Trust me (and my kids’ stiff necks), the Continental corners really well.

The Continental we test drove also came with the rear-seat package, which could have been designed for Tony Soprano, though it also worked well for my daughter. It includes audio control, massage seats, and shades on both the side and rear windows. From the right back seat, you can control everything. Perfect if you want to be chauffeured around. 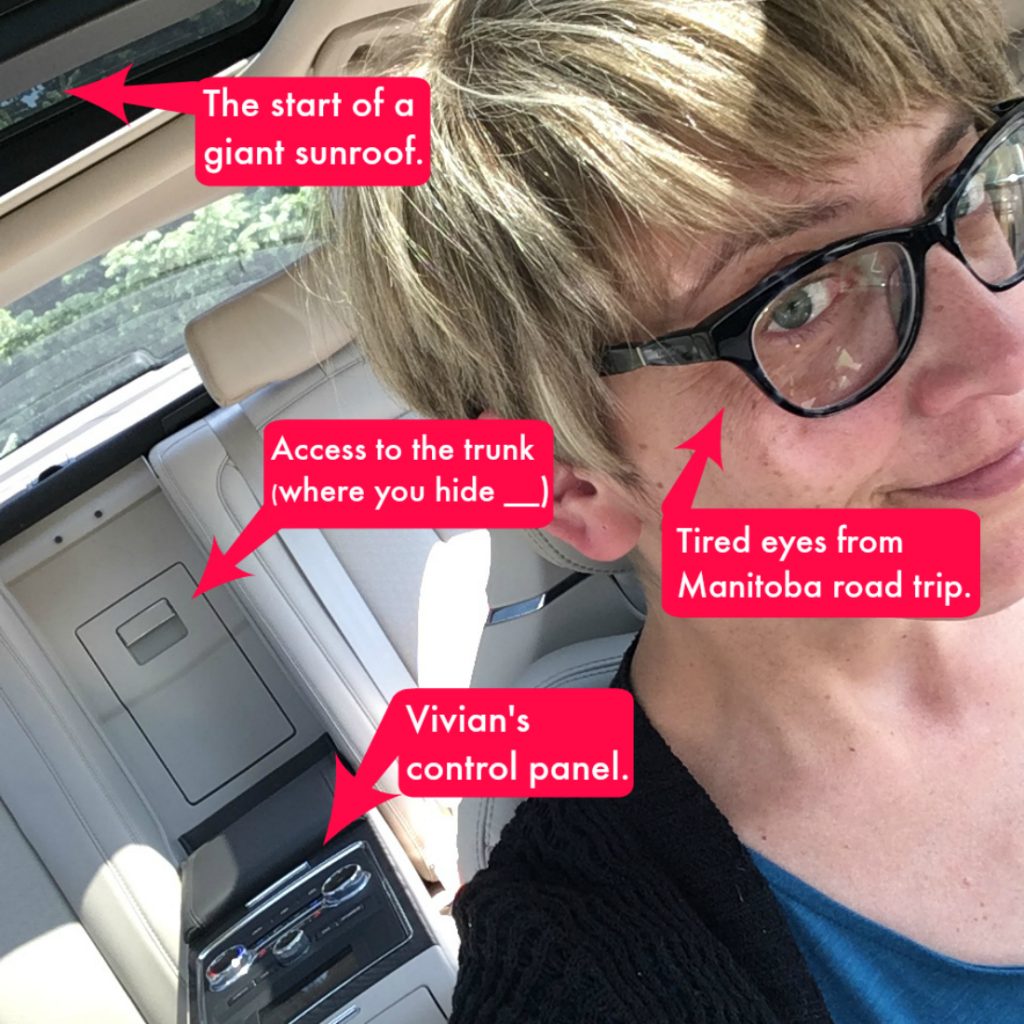 And the stereo. Wow. Chris blasted his favourite 90s hip hop and we were—how shall I say it?—down with the Wu. (My husband may be the only Albertan who drives a red minivan with a Wu-Tang decal on it.)

The verdict: Chris preferred the kick-butt, down-with-the-Wu Continental, the kids liked the sportier MKX, and I’d happily take either.