Sometimes I think sitting down as a family at dinner is overrated. At least for the mother. I miss my university days of having a bagel and Sunchips in front of the TV with my roommate while watching Jeopardy and reruns of The Muppets.

Here is the scene that unfolded over burgers and salad last week, moments after Vivian did an elaborate pantomime to inform me that I had lettuce stuck between my teeth.

William was taking apart his burger so that he could eat the bun with ketchup and chase it down with a slab of ground beef. As he does whenever he’s happy, he hummed.

William looked up from his ketchup fest. “Dad, why don’t you like humming?”

“It’s not that I don’t like humming,” he explained. “I just don’t like it at the dinner table.”

Three sentences had been uttered so Vivian was overdue for a contribution. “Birds sing while they’re eating,” she said.

It was a logical comparison. Even insightful. But for some reason I said this: 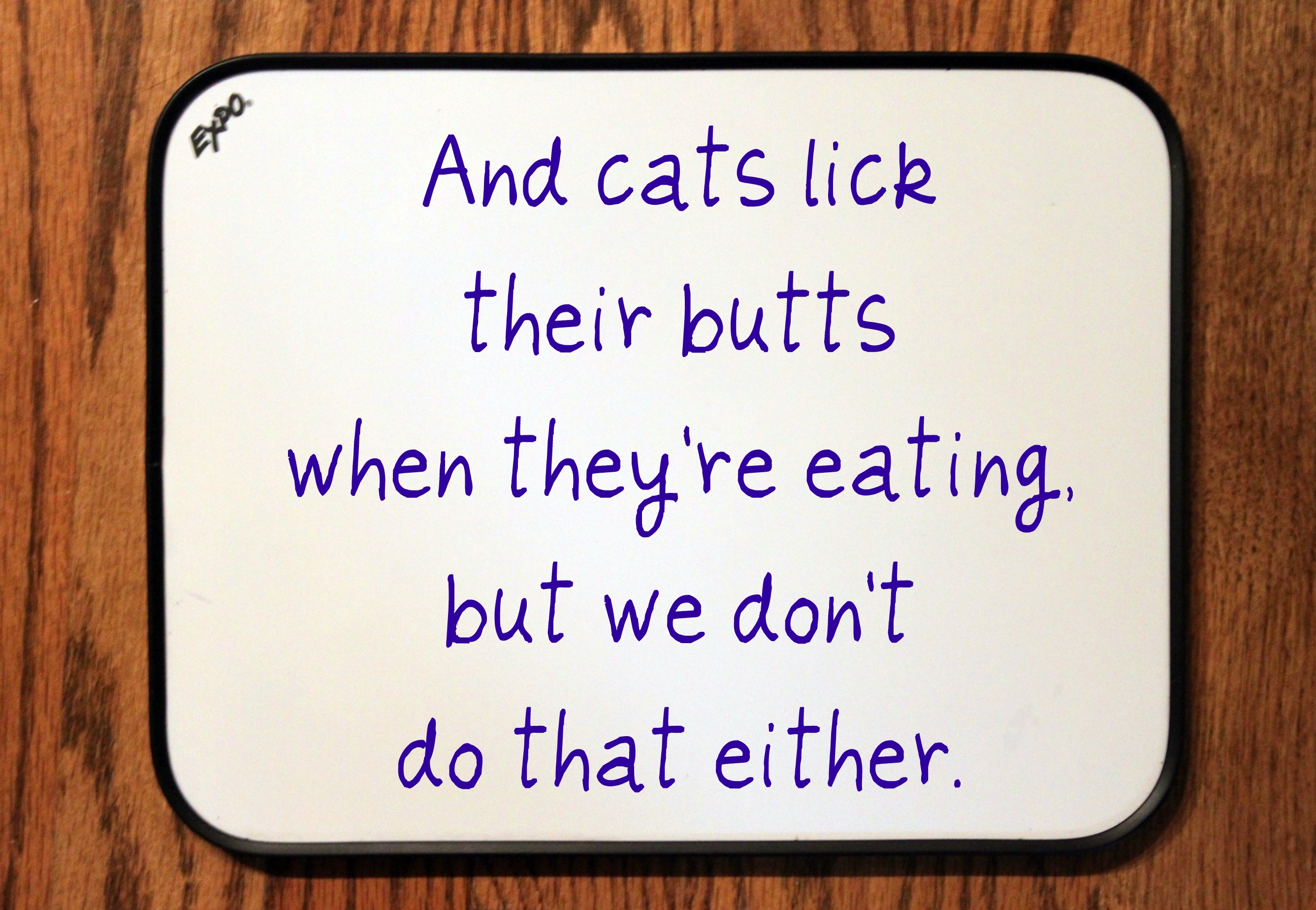 My husband looked up from his burger and offered a warning. “Vivian, watch out. You’re bringing a knife to a gun fight.”

Or what shows you watched in college.

Or your favourite Muppet.

Or something even more random.

Speaking of non-sequiturs, funny man Bryan Allain has released a book called 31 Days To Finding Your Blogging Mojo. It’s on my Kindle. If you want to laugh and learn something, get it.

Kelly K from Dances with Chaos has a terrific post called Pay It Forward. Go read it and consider paying something forward this week. It’s a perfect idea for the week following 9/11.