When the word ironic appears in the title of your blog, it’s perfectly acceptable to post Whiteboard Wednesday on a Thursday. 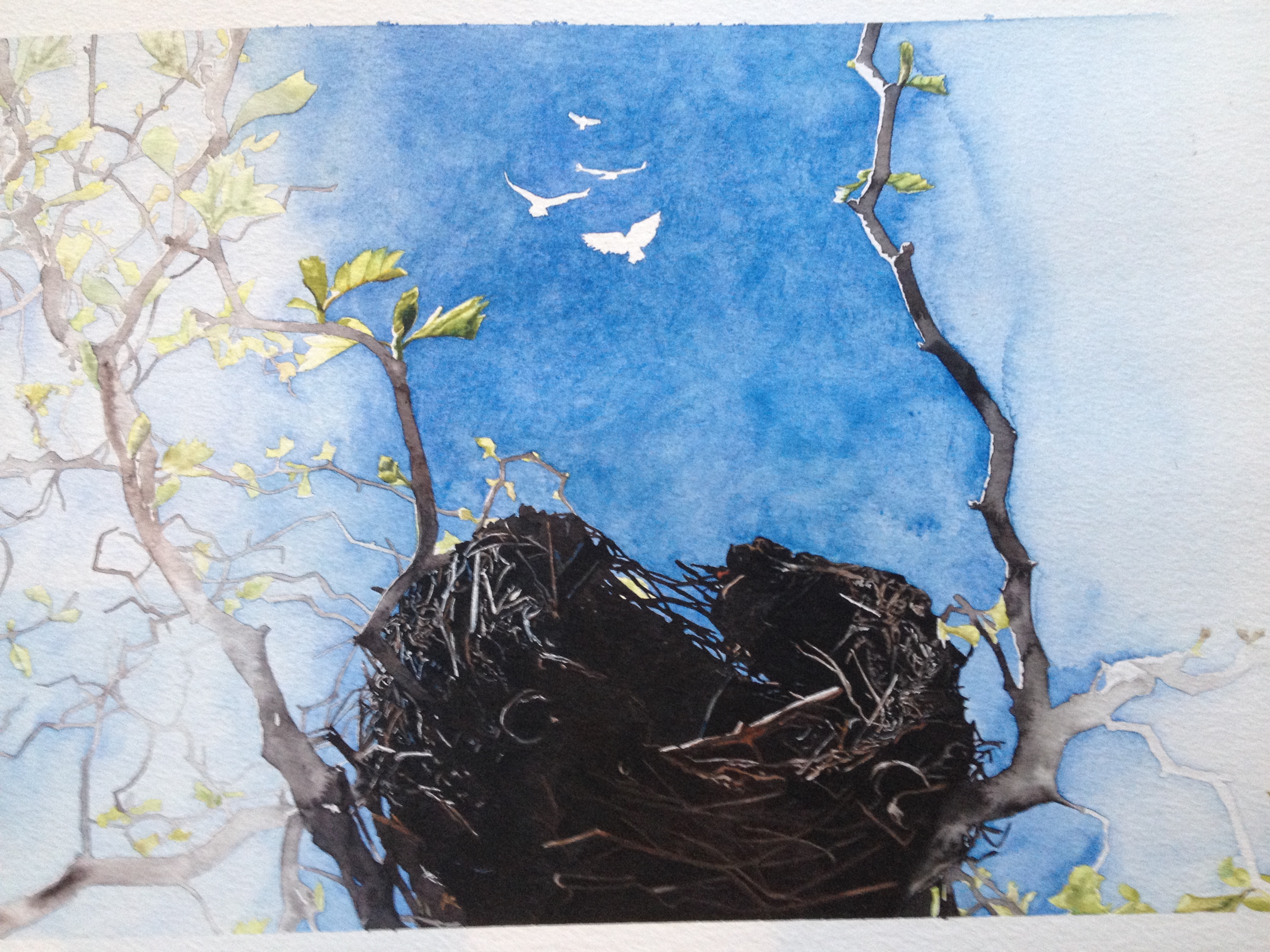 Today’s guest blogger is Candace. When Candace’s eldest left for university, Candace went looking for a instruction guide for her daughter’s departure from the nest.  And while her first son took up residence on a ski hill, the second son journeyed to Morocco, and her youngest daughter flew off to Rome, she was madly writing her way through the flight manual she herself had hoped to discover.  Readers have been entertained, scared, and comforted by her blog–  www.textmelovemom.wordpress.com and soon will be treated to the complete stories of Text Me, Love Mom – Navigating (Not Stalking) First Flights From The Nest.

I was young when I had the first of my four kids – twenty-five which I think they call ‘the new eighteen’, but in 1985 no one was putting my rash behavior down to the fact that my frontal lobe wasn’t fully developed, the way I warn my children now that they may know not what they do without that part of the brain that we’ve learned is responsible for; organizational skills, judging risky behavior and – surprise- long term planning.

“Just one more,” I said, over and over again with little planning involved, until I was surrounded by babies and toddlers and a five year-old doula (before I knew what a doula was.)

While mini-SUV’s stuffed with our peers’ offspring were trucking between Saturday soccer games and vogue over-the-top children’s birthday parties – my ‘baby daddy’ and I had already survived hip hop concerts in our basement and read the riot act at a eighteenth birthday party for young-adults-gone-wild. I was insisting that they had to take pure math at the same time I was trying to convince them that all the kids that said they’d had sex really hadn’t.

So of course, I could survey my four kids for a litany of ridiculous things they’ve driven me to say.

I know my eldest daughter would choose a quote from the day after a particular rowdy party that took place during the ‘summer of love” when my vigilant eye was observing her friends ‘hooking up’ at an alarming speed.  I decided I had to warn said daughter about rash desire and uncontrolled passion, and how she should engage in planning and exercise control when being tempted by amorous feelings.

“Okay,” my clever and cheeky daughter said, “but you and dad had us four kids in five and a half years. Are you saying, Mom, that we were all planned?”

And then I said it, my infamous quote: 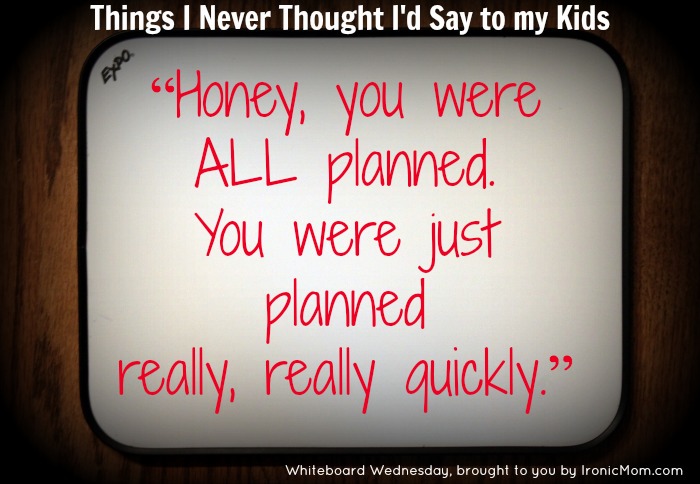 Your turn:
How “planned” were you? Your children?