With my twins in Grade 2, I didn’t think there was much that could surprise me. In the seven years they’ve been alive, they’ve carved their names into the side of our minivan, put a garden hose down the basement vent (and turned on the water), and shoplifted from two different stores.

But just like Snooki on her SAT, I was mistaken. It turns out that Vivian and William can still surprise me plenty.

On Sunday night, I was baking cookies for the homeless, something that made me feel slightly good about myself until I realized I’d consumed so much dough that the homeless might now also be cookieless.

Vivian and William were supposed to be getting ready for bed upstairs. My dough-munching was interrupted by Vivian yelling. “Mom!” she said. “William just pulled out my tooth. And it wasn’t even very loose!”

Like all veteran parents, I ignored her. Not only has she become quite the joker, but she also had no loose teeth.

I heard her gallop down the stairs.

I dropped the handful of chocolate chips – that were en route to my mouth – into the bowl.

She showed me her little pearly tooth and bloody grin.

Then I said this: 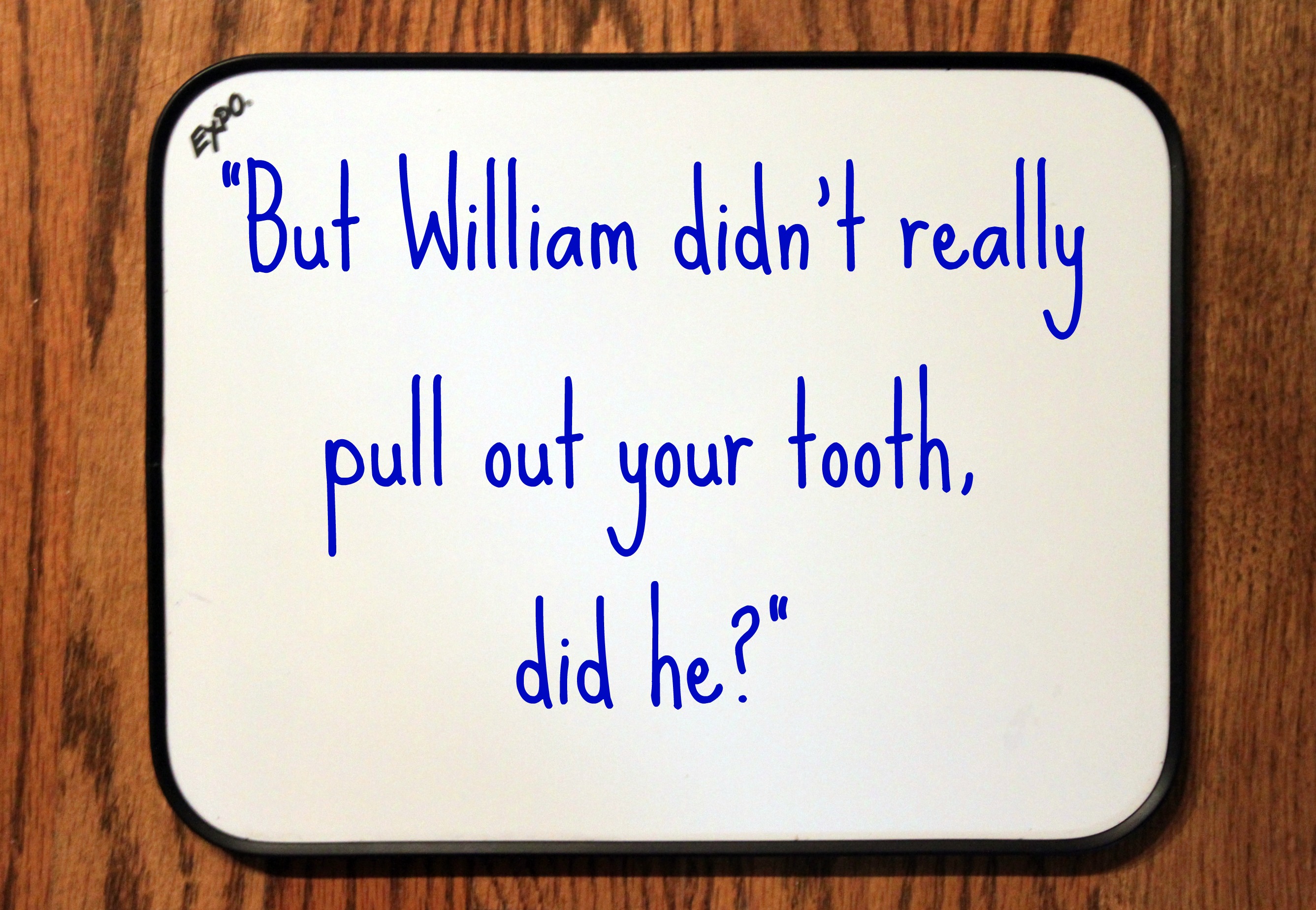 She smiled and nodded.

I looked at her.

I raised my eyebrows.

“A stuffy may have been involved,” she continued.

“A stuffy? As in a stuffed animal?”

“In your mouth?” This story was sounding more plausible. I’m not being sarcastic.

“You don’t know how it got there?”

“Not really,” Viv said. “But we were playing a game, and William pulled on it and my tooth came out.”

“Okay then,” I said. In the seven years they’ve been alive, I’ve learned it’s often better to stop asking questions.

Bedtime came, as did sleep for Will and Viv.

“Go look at the note,” my husband said when I finally shut my laptop and entered our bedroom.

“The note Vivi left for the tooth fairy.”

So I channeled my inner ninja, crept into their room, and read this: 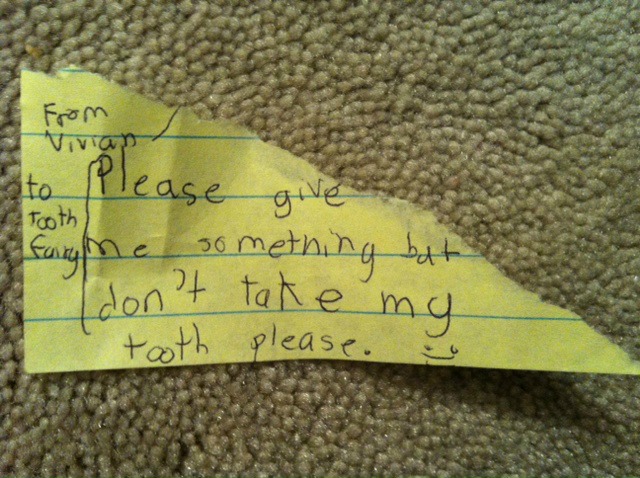 And so the tooth fairy left the tooth. Just so I can vacuum it up next year.

What has surprised you in your household lately?
Have you said or heard any bizarre things?