Welcome to the second instalment of the Worst Toys of 2012.

Yesterday, I awarded The Skankification Award to Ari Roma, one of the smutty sisters of the Novi Stars doll family. 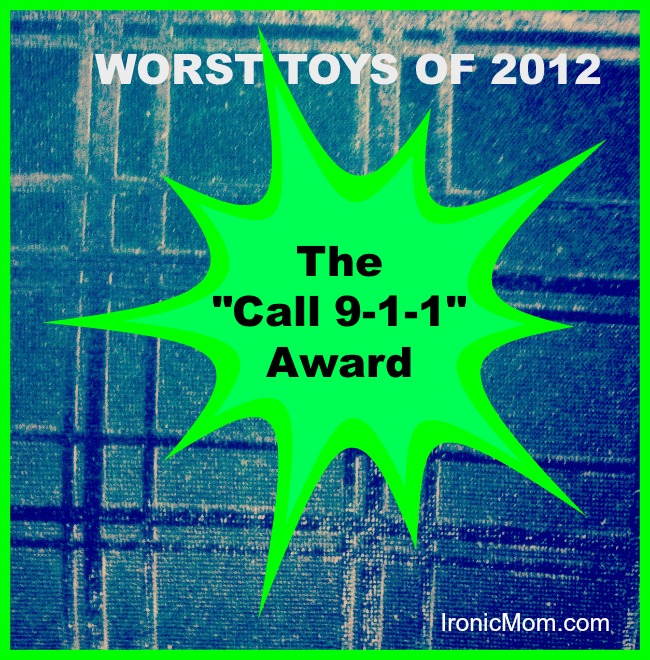 The criteria of the “Call 9-1-1” Award are simple: If there’s a chance my twins would need to head to the ER after using this toy, it’s a contender. Bonus points if there’s crime-scene gore.

Without further ado, the winner of the “Call 9-1-1” Award is the Razor E100 Electric Scooter.

Five reasons why the Razor E100 Electric Scooter is on my list of the Worst Toys of 2012:

Coming up Wednesday, the third in the series of the Worst Toys of 2012: The Surrogate Parent Award.

What toys or games did you play with when you were young that could have been considered dangerous?