Our national band, The Tragically Hip, gave their last concert in Kingston because their frontman Gord Downie—who’s been called Canada’s Shakespeare and poet laureate—has incurable brain cancer. On Saturday, CBC carried the concert live, and a nation shut down to watch, to celebrate, and to say goodbye.

Our leaves have started to turn yellow. The sun no longer sets after 10 PM, but before 9PM. By December, it’ll be dark by 5 PM. 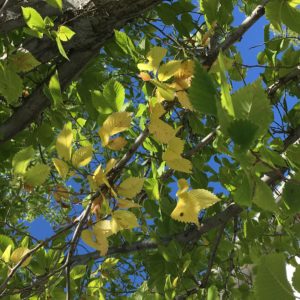 I wore a toque to an amusement park in July. Yes, I took my twins to Calaway Park near Calgary on one of the coldest days of the summer. But I wore a Caseco blu-toque beanie because I knew I’d be cold and bored, and because the good people of Caseco sent me one of their bluetooth-enabled slouchy beanies in exchange for an honest review. 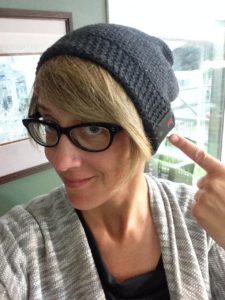 My kids went on amusement rides and had no idea I was listening to my favourite podcasts.

My ears didn’t fall off, I didn’t make my kids leave the amusement park after 45 minutes, and I carried my Tim Hortons tea and grinned like a goofball for a couple of hours.

It was a win. The bluetooth beanie connected seamlessly with my iPhone 5c (I’m a technological leader, people). And I was warm. It retails for $50-55, and that’s in Canadian dollars, which likely means it’s practically free in USD.

While wearing it, I even spoke on the phone to my husband (who was not at the amusement park, I’ll have you know). Chatting out loud made me look like a semi-hip (the toque!) crazy lady (talking to myself!), but “semi-hip crazy lady” is a moniker I can rock — just ask my kids.

If you need a gift for someone who lives in a wintery climate, look no further than the Caseco Bluetooth Beanie. Seriously. Caseco is even a Canadian company. I will purchase another blu-toque if my kids lose mine or if my husband steals it…but only if they apologize a lot, because they’re very Canadian.