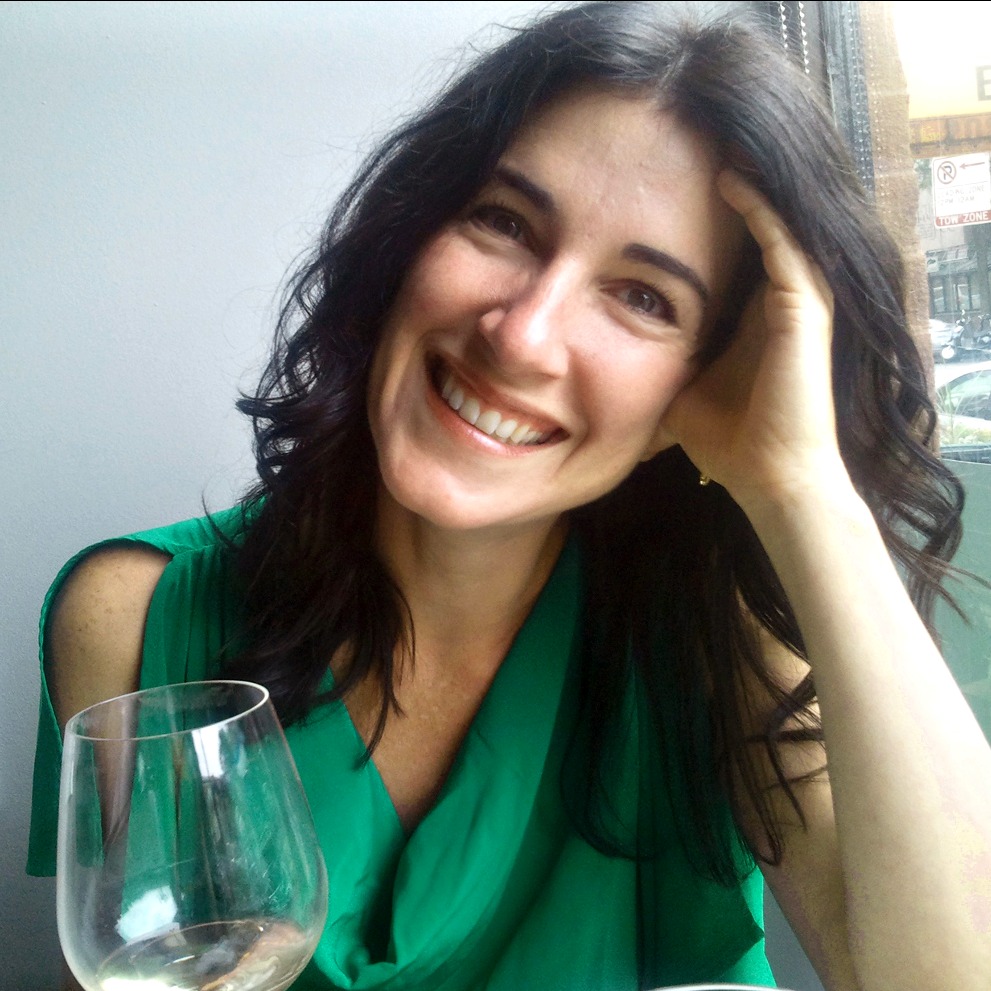 I am thrilled to have Jenny Fiore guest posting today.

Jenny is a freelance writer in Wisconsin and narrowly survived two colicky babies. She loves choreographed Kung Fu sequences, Oliver Sacks, primitive camping, and wine. She currently blogs at TheMomplex.net. Her first book, After Birth: Unconventional Writings from the Mommylands (Possibilities Publishing), will be released in March 2013.

A Lesson in Country Circumcision

Our home is basically a mullet: business in the front, party in the back. The front faces a manicured suburban avenue of empty-nesters endlessly mowing and hedge-trimming. Our backyard spills into a vast expanse of corn and soy crops belonging to old farmers, so our kids are forever shedding their clothes to play naked and wild back there.

As honorary country folk, we’re the proud owners of five hens. We bought them as day-old chicks, and the kids used to hold them in their cupped hands for hours, giggling at the ticklish pecks from barely-there beaks. While the birds lost their fuzz and grew pin feathers in a brooder, my husband toiled away building a coop:

When the hens moved outside, the kids really missed having them in the house. They’d visit the girls often, marveling at what I’d promised they’d see: Grown hens eat ANYTHING, including cooked chicken and their own cracked-open eggs. The kids often smashed grass against the wiry hardware cloth, and the hens would rush over like famished POWs, violently plucking with their sharp beaks. Gradually we started bringing them people food. They loved spaghetti and scrambled eggs. Bread crumbs? Check. Mango?  Yup. Ravioli? For sure. Anything pressed against the coop was gobbled with reckless abandon.

One day I decided to show my 3-year-old how to dig worms up from our garden. Worms are like living spaghetti to chickens, and while I love all creatures great and small, I knew my son would marvel at seeing the food-chain in action. His little elbows looked so darn cute digging away. His plump buns made me laugh as he raced over to dangle worms through the hardware cloth. He was reticent about getting his fingers pecked, so I reassured him not to worry, that it wouldn’t hurt the rough pads of his fingertips.

Resuming my digging, I looked back just as my son was—what the illogical HELL!?—preparing to push his penis against the coop! Kids do the darndest things, you say? No, they do the dumbest things. I could see the wheels turning in his head. You know what I mean: What happens if I push this button on this toy? What happens if I keep dropping my fork? What happens if I put this bead in my nosehole? 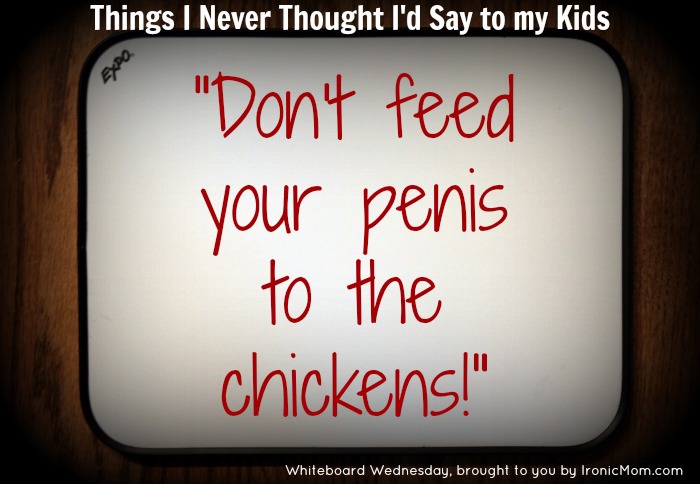 He jumped back as if woken from a trance. I could read on his face that lingering expression of what would have happened? So, I spelled it all out for him, how the chickens would have violently poked and torn at his penis.

“Like a worm?” he said, the whites now showing all around the irises of his eyes.

“Like a worm,” I answered, my heart still pounding. He never, ever attempted the feat again, and the party out back is still going strong. The upshot? My son wasn’t circumcised at birth—and thanks to me, he still isn’t.

Your turn:
Have you (or someone you know) ever been maimed by an animal?
What was your most awkward encounter?