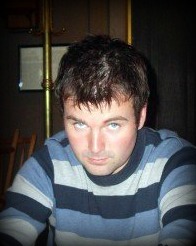 I’m more pleased than a dog with a T-bone  to have Kevin Haggerty guest posting here today. I met Kevin a few months ago. I connected with him immediately because he’s a middle school teacher, a writer, and a basketball coach who “loves” the NCAA women’s game.* Although Kevin writes mostly humor at his blog (The Isle of Man), his post here takes a more reflective tone.  If you wish to read his humor, go check out An Idiot’s Guide to the Galaxy; Kevin’s new e-book is available for FREE as of today. You can also follow him on Twitter or at his Facebook page.

As kids, we all had heroes. We’d fantasize about meeting them and what it would be like to talk to them and hang out with them. But, usually, those were just dreams that largely went unfulfilled.

The year was 1990. The setting: Malibu, California. I was born in Santa Monica and grew up in Los Angeles. Going to the beach was part of our routine. We started going as soon as they allowed us on the sand and into the water. We’d keep coming until they locked the gates. 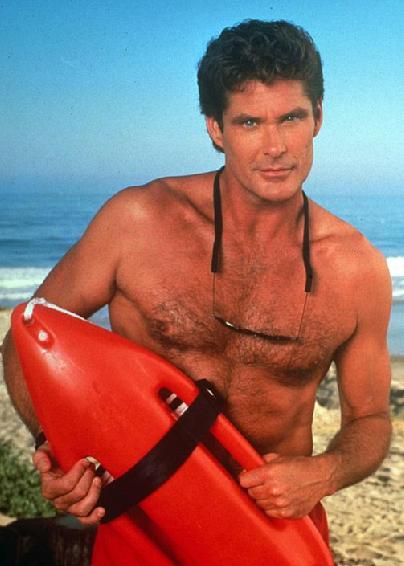 It just so happened that the beach we frequented, Paradise Cove, was one of the places used to film the then-popular TV drama, Baywatch.

As fate would have it, on that warm, sunny day, we noticed that there was a film crew off in the distance. There were attractive people running around in red bathing suits. There was a huge buzz about the beach.

They were filming Baywatch.

So, we did what any group of kids would do. We tried to get in the shot. Our game of two-hand touch football conveniently began to inch closer and closer to the area of the beach where they were filming. It got so bad that, eventually, a member of the crew had to ask us to please back away.

On somewhat of a sidenote, we taped every episode of Baywatch for the remainder of that season until we finally found the one that featured us playing football in the background. The VHS tape has since eroded, but the fact remains: I totally did a cameo on Baywatch.

After the shoot was done, we aggressively spied to try and see where the big stars would be going next. We were able to find out where David Hasselhoff’s trailer was, and the plans for the day became clear:

Stalk David Hasselhoff until we get to talk to him.

We waited outside “The Hoff’s” trailer for about an hour. When he finally came out, he couldn’t have been nicer. He signed 5×8 photos for each of us, gave us high fives and was genuinely very cool.

In retrospect, that probably doesn’t seem like a big deal; now, we know him as the bloated, sad, drunk who got fired from America’s Got Talent and is famous for eating a cheeseburger in a viral YouTube video.

But that wasn’t how we knew him in 1990. We knew him as the star of the hit TV series, Knight Rider. He might as well have been a god to us. I was ten years old. He was larger than life.

Unfortunately, it wasn’t long after that day that things started to spiral out of control for Hasselhoff. His career took a nosedive and he’s never been the same since.

What if I could be Marty McFly and go back to that infamous day? What if I could alter the course of Hasselhoff’s history and give him a few words of wisdom?

If I could, this is what I’d probably tell him:

Sometimes, we lose focus of the things and people that are really important to us. You can work a lifetime to gain riches, and those spoils of war can be gone in the blink of an eye.

If you could have a conversation with “You from 5-10 years ago,”
what would you say?
Have you ever met (or been obsessed with) a celebrity?

*I may have taken some liberties here.