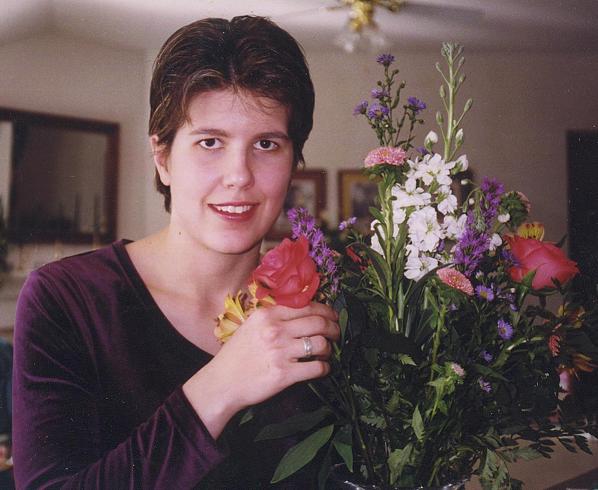 This week’s guest blogger is “Howling Mad” Heather, a librarian who’d really rather be a soldier of fortune. She reads philosophy for fun and enjoys classical and heavy metal. She lives somewhere Elvis slept once. She blogs at Prawn and Quartered.

Dads are supposed to teach you the important things in life. How to cast a fishing line, why regular oil changes are important, where babies come from. To his credit, my dad did teach me all that. He was also the one who taught me how to drive, and the lessons started at an early age.

I was what is now called a “precocious” child, meaning I had the memory and repetitive nature of your average African grey parrot by the age of two. We drove a lot when I was little, and usually Dad was the one behind the wheel. It’s not to say he was a bad driver. He really wasn’t. What he was, was a colorful driver. He used to, and still does, empty the lexicon of profanities and vulgarities when dealing with other drivers. If I’d have known I was dealing with the early 1980s version of Grand Theft Auto at the time, I might have actually thought my dad was kind of hip.

The problem, like some latent disease, didn’t really turn up until much later. My little two-year-old brain, like the parrot’s, would remember things and just spit them out later like word salad. Dad was tolerant and even amused by my babyish echoes of all his choice insults. It was Mom who a) didn’t know about our little lessons and b) was most certainly not amused.

I have no actual memory of the incident in question. It’s the kind of story we seem to break out at every family gathering along with the one about Great-Uncle Ernie and his whoopee cushion at Mass. Nevertheless, I feel as if, in some way, I do remember it.

To hear Mom tell it, it was a perfect sunny day in Southern California, complete with rush-hour traffic. She was just trying to maneuver the big Suburban we had at the time when some idiot in a sports car decided to cut her off. Before she could protest, I spoke for us both.

I’m pretty sure Mom was so shocked she just about crashed the behemoth. “What did you just say?!”

“I said, ‘Get off the road, you old fart,’” I repeated, looking about as smug as a preschooler could.

Mom isn’t without a sense of humor, but on that lovely day, I was taken home, put in my room, and given a Very Special Talk. If I had to guess, I think Dad probably got the same treatment.

It’s been years since I’ve driven in the car with Dad. Now, whenever I do, he’s less likely to swear at random strangers and more likely to remind me to look both ways. I, on the other hand, have a tendency to shake my fists and engage in colorful language when someone dares to cut me off or forgets to use turn signals. I haven’t even gotten a ticket yet, so why stop?

Also, for the record, I still use the phrase “old fart” whenever I can. I am my father’s daughter.

Driving stories. We all have them. Tell me yours.