Saturday was Earth Hour. It took me by surprise because I sometimes confuse it with Earth Day, which I know happens in real spring, not fake spring, the season we’re in now.

Our kids hated Earth Hour. Apparently they’re not big fans of the dark, which isn’t really surprising given the number of lights that they leave on. We’re hoping that they learned that our light switches do indeed have off positions. 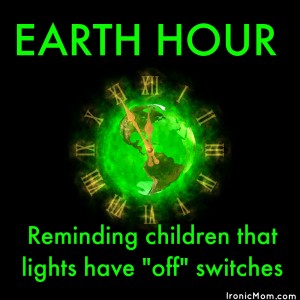 Evidently the winter slaughtered the lambs because it came in like a lion and went out like a lion whose pride was threatened.

I tried to deal with winter by taking the kids tobogganing. I did this by pulling up to the sledding hill and watching them from inside the car while I sipped warm tea. I didn’t call the crisis line, so it was a win-win, though I did tweet this:

Here’s a 16-second video of our twins tobogganing. Be sure to watch it to the end when Vivian and William collide. 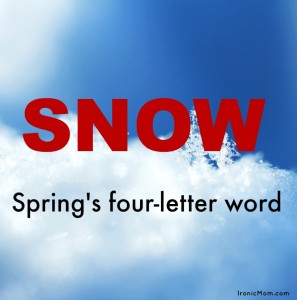