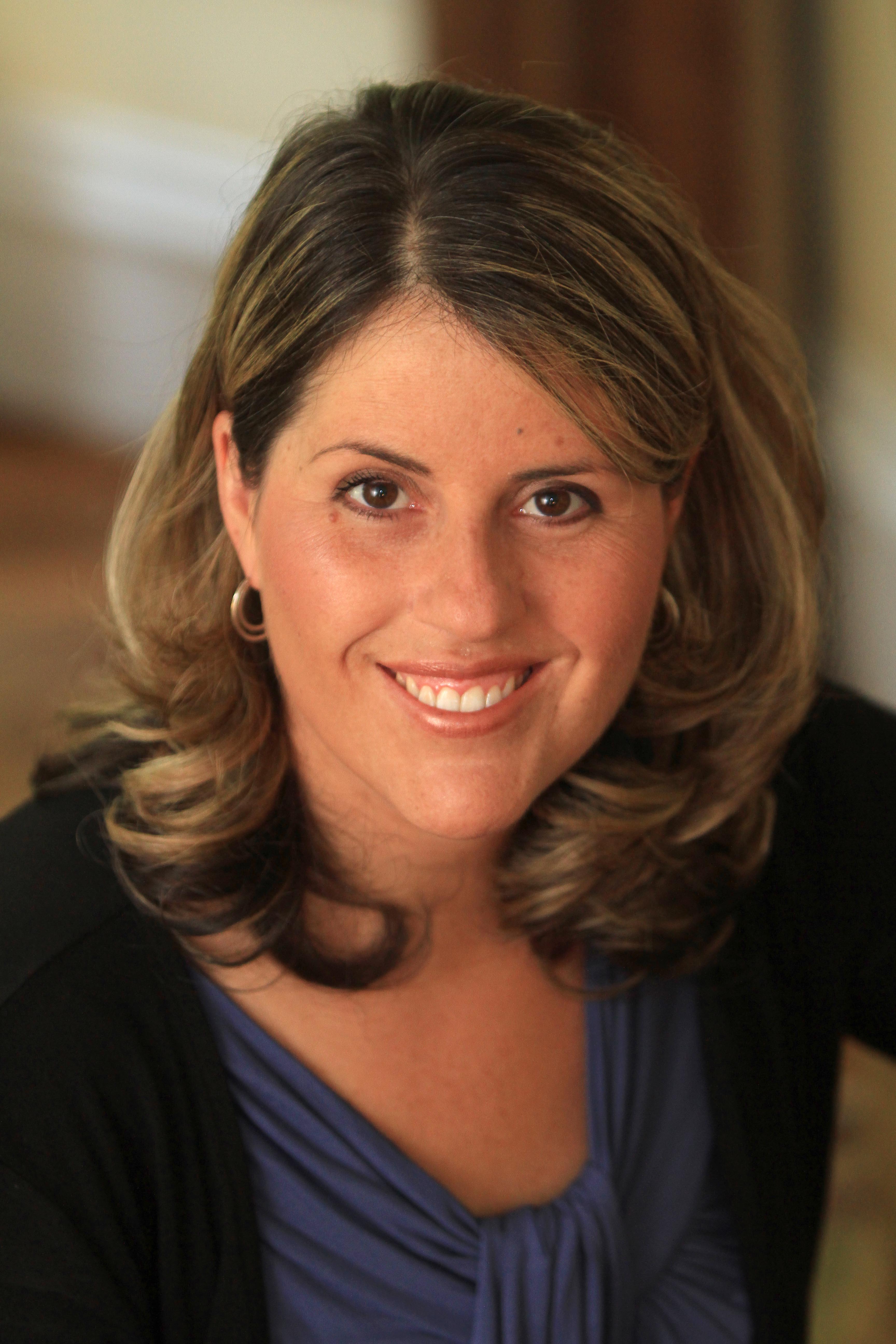 Today’s guest blogger is Michelle Hauser. Michelle is a wife, mother and freelance writer who lives in Napanee Ontario with her husband Mark and their son Joseph. Michelle is a weekly columnist for The Kingston Whig-Standard and her essays have appeared in The Globe and Mail. You can follow Michelle’s blog, Train of Thought.

Let’s be clear about one thing. I am a mother, not a monster.

In my defense, I was only trying to get some stuff done. Waging a jihad against Rice Krispie squares was not part of the plan. But in the aftermath of one very bad day—locked in the stillness of my room—I was left to ponder how, once again, “Bad Mom” had beaten “Good Mom” to a pulp.

I should begin by saying that I was very tired. I know it’s overused—don’t all “Bad Mom” stories pivot from the point of fatigue? Wasn’t Joan Crawford going on just a few hours’ sleep when she had a hissy-fit about wire hangers in the closet? But weak excuse or not, fatigue is the only leg I have to stand on.

And in this case the exhaustion had accumulated during a two-day battle with chaos and confusion in my son’s room and our family room. Whether it was a mistake or not I forced my son into indentured servitude alongside me. It seemed reasonable, given that he was responsible for most of the mess.

But domestic chain-gangs are all-the-more taxing while tethered to uncooperative children. That we were to experience a Cool Hand Luke-esque “failure to communicate” was predestined.

I sweated and toiled, while simultaneously cajoling my reluctant six year old into make a meaningful contribution. I wanted him to know the pride of achievement in a toiling, sweating, suffering day of cleaning and sorting and purging and organizing. All the while, my patience was running thin.

And then, suddenly, when Joseph was taking one of many breaks for “silly time”—stumbling around in the wreckage of broken plastic, miscellaneous Lego parts and scribblings-on-paper, while tangled up in the python-like hose of the central vacuum cleaner—I heard a terrible scream.

It wasn’t “Help!” or “Save me!” but rather: “Focus!” (That it wasn’t prefaced by a four-letter word, also starting with the letter ‘F’, is a miracle.)

The scream came from someone who sounded an awful lot like my mother—but it couldn’t have been her because she lives three hundred miles away. After a brief (but blissful) time out-of-my-own-body I realized the shrill voice was mine.

My son hasn’t cried from sheer terror since he lost his inflatable shark at the beach this summer. You might say he was overdue. While wiping his tears, I vowed to spend the rest of the day being a better mother…or at the very least, being a non-screaming mother. And what does a good, non-screaming mother do?

She cooks lots and lots of yummy things—even while she’s trying to do a whole bunch of other stuff.

In my case the remorse-driven offering was a skid of Rice Krispie Squares. Nothing says, “I’m sorry I howled like a banshee” like sticky marshmallow treats. I also made some turkey meatloaf as a nod to responsible parenting and promoting good nutrition.

Later that day, when it was time to have dinner—as his eyes were fixed on the Krispie prize—my son was first introduced to a pale slab of turkey meatloaf: whimsically bedazzled with bits of green and orange—from the grated zucchini and carrots I’d snuck in. (Oops, we can still see you!)

As you might expect, his expression soured. It was the kind of ungrateful disdain that I’m sure Barbara Coloroso would have some brilliant, irreproachable method of addressing. Unfortunately for me, Babs wasn’t in my kitchen at the time, and the sight of Mr. Haughty throwing daggers in my direction grated on my last functioning nerve.

I’m sad to say “Bad Mom” returned with a vengeance. Staring my son down, I snatched the tray of Rice Krispie squares and said, in an eerie, calculated, calm: 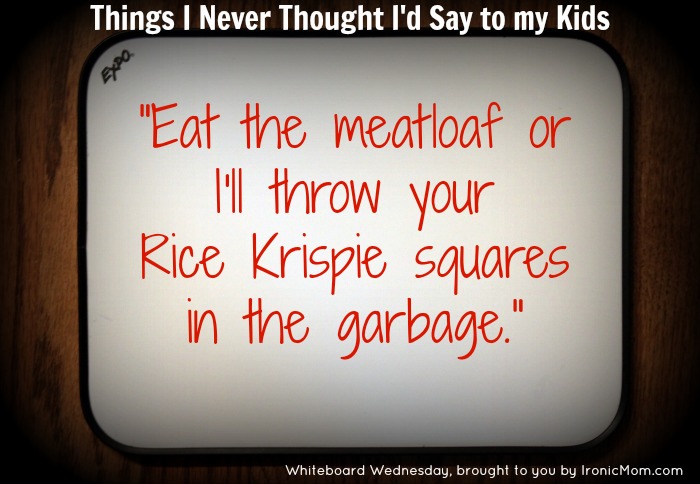 There are some things I’ve promised never to say to my son. Among them: “Stop that crying, or I’ll give you something to cry about!”  That was an oldie-but-a-goodie from the latchkey days, when (or so the legend goes) a shot of bourbon in the baby bottle was occasionally still administered. (The old-timers like to say it was for ‘colic’ but I’m not so sure about that.)

Then there’s one of my mom’s favourites: “You don’t need an elephant gun to shoot squirrel!” This, she would say as my adolescent hormones raged out-of-control—when my coping mechanism of choice was to do a hundred laps around my eyes with charcoal-black liner.

Communicating with my son with integrity has always been my primary goal. Holding a tray of unsuspecting Rice Krispie squares hostage was never part of my parenting plan.

But the worst thing about this horrible day, in retrospect, is this: my crappiest, laziest, most irresponsible moment of mothering actually worked!

Joseph ate the meatloaf—ate it all up in fact! Not a crumb remained. Then he said it was the “Best thing ever” and I should make it “all the time.” Likewise, my ear-piercing call for “Focus” got enough of his attention that he contributed to the day’s work in a truly helpful capacity.

So what does this say about “Good Mom” versus “Bad Mom”? What is the lesson I am meant to take from this terrible day?

For the moment, the answer seems too Machiavellian to believe: That being a bat-shit crazy, screaming terrorist-mom will, at least sometimes, help you get stuff done.

At the very least it tells me I’m going to need to need a helluva lot more Rice Krispie squares. When those are no longer the reward of choice, heaven knows what I’ll do.

YOUR TURN:
What was your favourite “homemade” treat as a child?