Today, I’m posting a letter from one of my online male friends. My husband calls them my American-men-with-weird-names. There’s Clay, Chase, and Knox. And there’s Mihael.

Mihael (or Michael as I call him – the invisible “c” is not silent in Canada) is likely the person I’ve been connected with the longest on Twitter. We started tweeting in December 2009, within a month of me joining the network. I was soon introduced to his wife Laura, who became my Twitter-911 person for kitchen disasters (apparently, “stop, drop and roll” does not help you determine how long chicken takes to cook in a crock pot. I’m a work in progress).

Mihael and Laura are the first tweeps I met in real life. When I flew to California to attend Oprah’s After-Oscar Party last year, they picked me up at LAX and took me out for lunch. I may have texted my husband, “All is well. No meat locker, saws or sacks in sight yet.” Men with weird names are notoriously safe.

Mihael is currently in China on a business trip. But as we all know, freedom of information is – at best – tenuous in China. So, in the name of democracy and in honor of all American men with short “weird” names, here is Mihael’s letter. 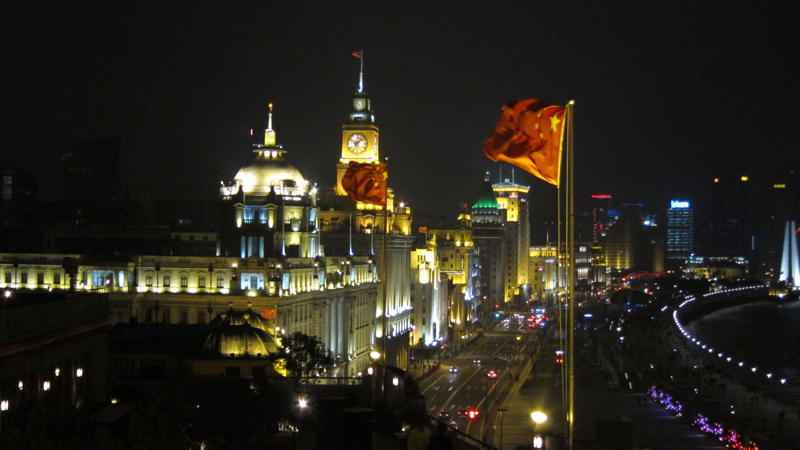 Greetings from China!  My first four nights were in a hotel in Suzhou.   One of the people I was meeting with this week mentioned that their Facebook was blocked.   I didn’t have that problem… until I came to Shanghai.

Before bed I wanted to upload pictures and videos from today to my FB.  Turns out, FB as well as twitter are blocked, at least in this hotel.  Meredith form http://www.Dailyangst.com suggested I might have luck using a VPN connection and I did… for about a minute, then I lost the VPN connection and access to FB and twitter.

I thought about blogging about this chain of events, but I can’t get to my WordPress site to write about it.  I can read your blog and others, but if I try to get to mine, I get a time out error.

I was hoping that you would help a blogger repressed in foreign land by posting this email and the attached picture to your blog, in the land of the free and..   oh wait; I mean Canada, thy home and native land.

Follow Mihael on Twitter and read more of his blog posts at Smplefy. With a dual major in Chemistry and English, he’s a Renaissance man – one who can quote substantially more Shakespeare than me.

Any experiences of censorship?
Have you met any online peeps in real life?