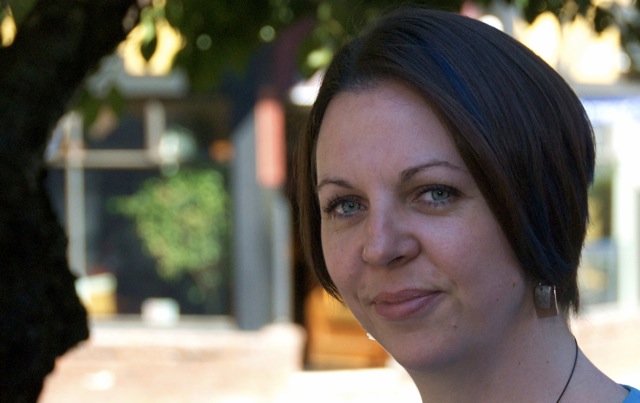 It is my pleasure to introduce you to the amazing Robin Farr. Robin is a writer, wife, communications professional, speaker and mom – chronologically, at least. She got mixed up philosophically during her struggle with postpartum depression but wrote her way out of it on her blog, Farewell, Stranger. You can find her on Twitter @FarewellStrangr or on Facebook. Robin and her family live in Calgary, Alberta.

If you’ve ever had a five-year-old boy, you surely know about their tendency to want to take their pants off at every opportunity. (Based on the title of this post, you probably think you know where this is going. Not so! Read on.)

My son Connor, who just turned five, is no different. He is mostly past the stage where he wants to be naked all the time—though Naked Boy still occasionally makes an appearance—but he still likes to run around in his underwear. We’re usually pretty good at limiting this to our house. And my parents’ house. Okay, he’s been known to take his pants off elsewhere, but that’s not the point I’m trying to make.

The point I’m trying to make is that he has superhero underwear.

The last time my husband took Connor to get new underwear they came home with two packs: a Star Wars pack and a superhero pack. My son thinks Star Wars is pretty cool, but only because his dad thinks Star Wars is pretty cool. It’s not like he’s seen the movies. (He’ll probably be introduced to the franchise in the order in which God—and George Lucas—intended, i.e. not with Episodes 1, 2, and 3. I highly doubt my husband will want him to ridicule the series before he even gets to the good stuff.)

But back to those superhero underwear. On summer days when it’s really, really hot, all a kid needs is a pair of superhero underwear. T-shirts are obviously surplus to requirements, and no self-respecting five-year-old wears pants anyway (as we’ve already determined). So underwear it is. And why stop at wearing underwear on your bum? After all, it makes a pretty good mask.

One day last week I had a friend coming over to pick up some food I was donating to someone affected by the recent floods in Calgary. I mentioned to Connor that she was coming over, which was a mistake because he immediately got excited and hyper and I had to keep him occupied for the hour before she arrived. That was relatively easy to do simply by playing superhero…until he got the idea about the mask.

So there he was, pretending to be The Flash in his little red underwear with the lightning bolt on them. I was about to tell him he had to at least put on some pants before my friend arrived when he came over with his Aquaman underwear in his hand. He needed a mask, he figured, and was clearly not concerned about a mix-and-match superhero identity.

I have to say, if you put a pair of Y-fronts on a kid the right way they do make a pretty good mask. But still, all of that was a little more than I figured my friend needed to see, so I told him, 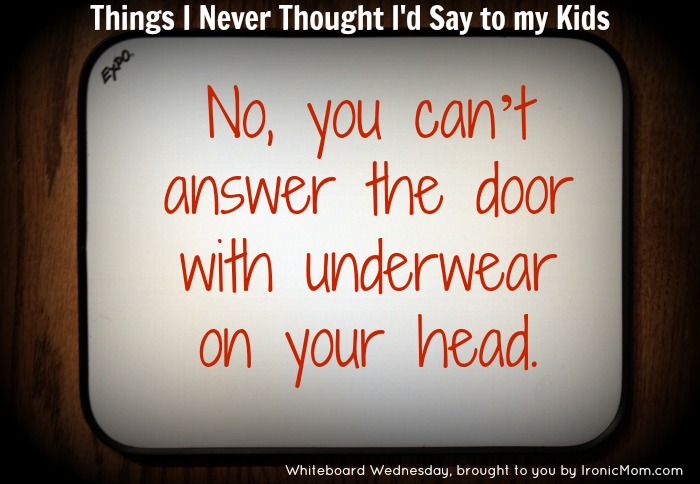 He was remarkably okay with this condition. I suppose even superheroes know their mother has the last word.

Your turn:
What bizarre outfits did you wear as a child?
What about your own kids?