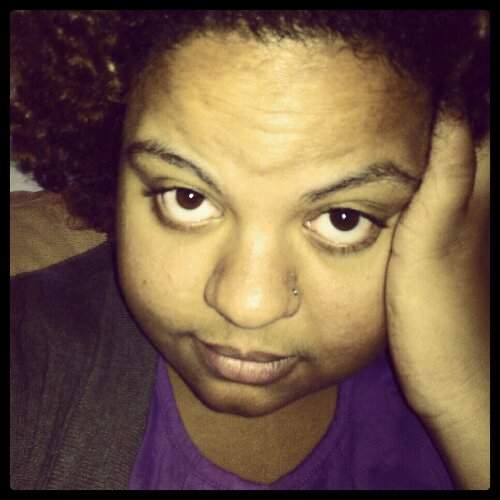 It is my pleasure to introduce you to this week’s guest blogger. Miss Ashley is a 25-year-old nanny living in Southern, Indiana. (She is still trying to figure out how she wound up there.) She is an avid blogger at Copious Musings and has quite a time exploring the wonderful things that nannying four small girls is teaching her.

Please do not call Nanny 911 on me. I know–this isn’t the premise of the show. She comes into crazy households, controlled by rambunctious children lacking strong parental guidance. She is the one who does all of the nannying magic. So she definitely wouldn’t come to the house that I nanny in to set me straight…would she?

I never envisioned myself as a nanny. I started off my naïve childhood believing that one day I would grow up and be a teacher. I would teach students so much wonderful knowledge in such an entertaining manner that they would name their firstborn after me. (Note: when I was younger I might have had a SLIGHT ego problem). But, through my current, short stint as a nanny, I have discovered that there are quite a few things that have come out of my mouth that I would have never considered saying to a child.

Please hear me out. It was a completely innocent idea in its conception. When the children (all girls under the age of 5) had a strong knack for driving me completely insane, I made a hypothetical realm of punishment for the children. It was named, beautifully and cleverly so, “The _______ Pound”. In the blank you inserted any of the children’s names and you instantaneously had a place of disaster custom fit for that particular child.

This harmless concept grew into a monster over a short period of time. I was constantly chiding, 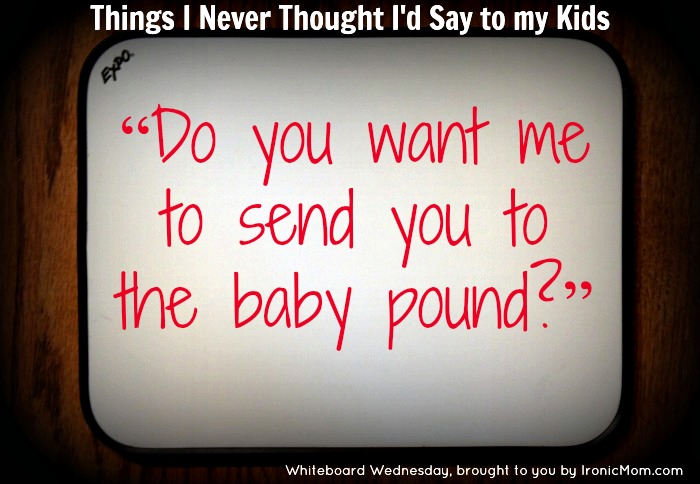 It was generally met with the beaming smiles and giggles of little girls who understood that I was only teasing them. (So I thought.) The second oldest is very much a gullible darling. She is easily tricked, and so teasing her is much more satisfactory. (YES! I said it! It is a sick twisted thing to admit, but it’s only fun if they play along!)

I had told the youngest at the time that I would send her to the baby pound if she did not calm down. We were hurried about preparing for the gender reveal party of the fourth darling. The second oldest, we’ll call her B, began to melt into a pool of tears. Confused as to why this three year old had gone from excited about being in a party dress to tears, I was beside myself.

“What is the matter?”

“I am going to miss the baby! I just love my baby sister so much!”

After many snuggles, and plenty of reassuring back pats, I convinced the darling that I wasn’t going to send her sister anywhere. I also reminded her that I would bring this very moment back to her memory when she had complaints about her sister. Please don’t tell…

Have you ever gently teased children about something made-up?
Did an adult ever convince you something fake existed?