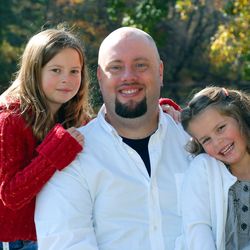 Last week, this “guy” named Bill Sergott–who I’d seen around the internet before–left a comment on my post, When Your Child Wonders What Age To Have a Baby, Ask Facebook that took by breath away. Within the first paragraph I could tell that he was witty, intelligent (Hello, String Theory), as well as a loving and honest dad.

I asked him to guest post and he agreed. I am honoured to have him here today. Bill is father to three tweens, wife to Teresa, pastor of an urban church in Wisconsin (Adullam Vineyard), and a Green Bay Packers fan.

There was one condition to Bill’s agreeing to guest post. That I would do the same. So, I hijacked his blog entitled “Heresy of the Month.” I mean, how could I say no to heresy? Anyway, I got a bit more personal than I usually do here and wrote a spiritual memoir of sorts. Click here to go read it. For what it’s worth, I cried (good tears) while writing much of it. It’s as honest as I can be.

But first, before you traipse over to Bill’s blog, read his beautiful tale about the birth of his first child. And then comment. Please.


In the cool, spring darkness of her safe and Noah-adorned room, I looked down at the angelic face, as she slumbered in total peace and security. She simply knew her world was right and good. All was the justice of God, and she was dwelling in the courts of the Lord. Her mother was in the other room, completely unconscious from the ordeal of the day before.

It was a difficult labor with this, our first child. We took all of the classes. We had the requisite birthing plan. All was in place. Why did not a single one of our plans work out? We had been repeatedly affirmed by the staff in the O.B. wing of the hospital. “We have never had a couple that was so educated on the whole process. It’s really refreshing!” 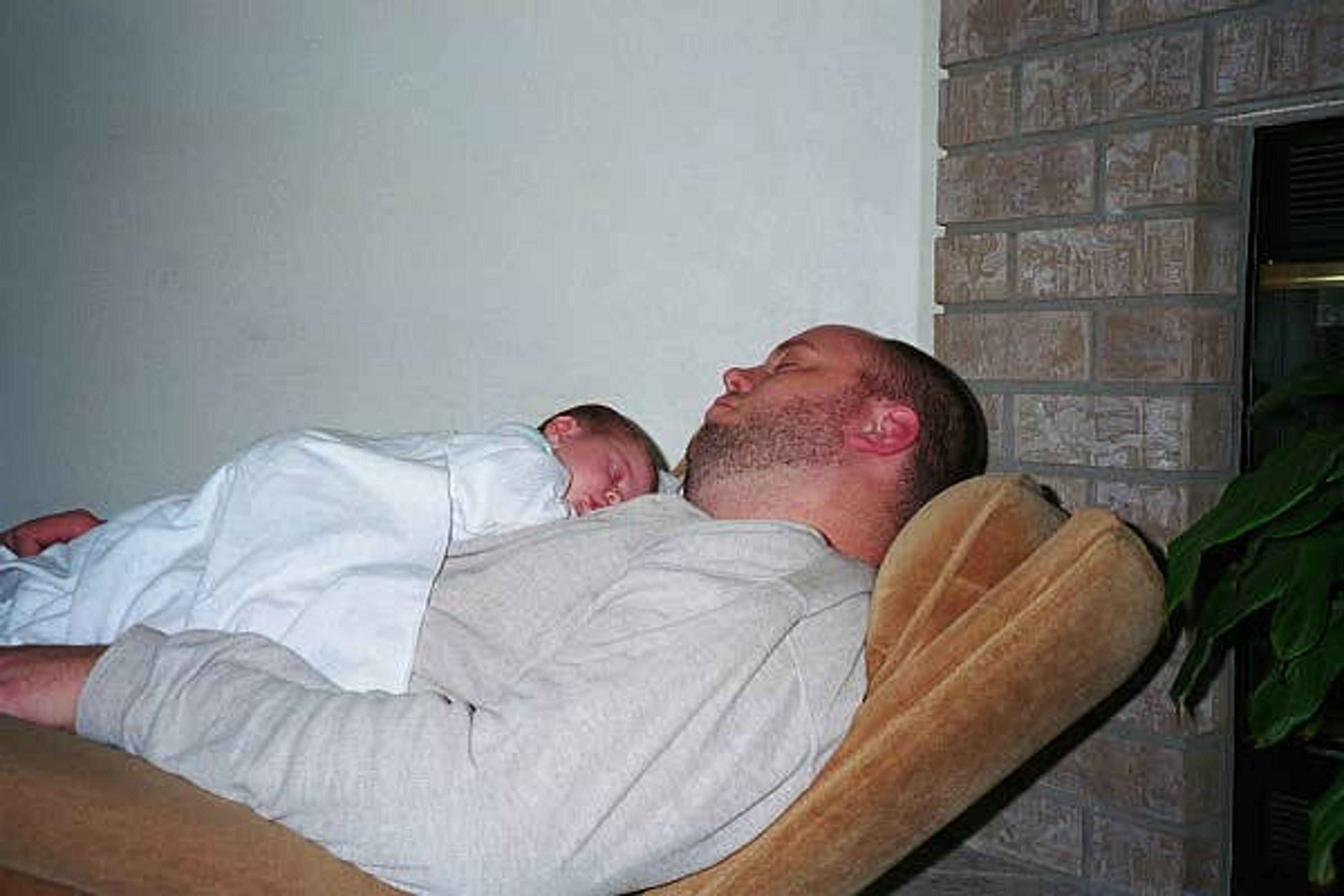 I was at ground zero, seeing and smelling more of my wife than I ever intended upon declaring “I do!”. There were fluids, slop, and, oh my GOD, the SMELL!! I mean, I got this, right? Right? I can catch whatever comes out, right? Not only catch this thing, human, animal, mineral, or whatever, but actually raise this child to adulthood. After all, I was a youth minister in a large Catholic parish. We had 600 middle schoolers and another 600 high schoolers, all in our youth programs! I was better at handling people’s kids than they were! I can surely handle one, right?

That child did not come out. She was stubborn even then. Suddenly, after 13 hours of labor and 2.5 hours of my brave and saintly wife’s attempts at pushing and pushing, heart rates were skyrocketing, blood pressures were dropping, gowns were being put on me, my wife was screaming, “NO!!!” The doctor took me aside and asked me to break the news to my determined, Cuban fireball of a wife that she cannot have this baby vaginally. It was getting too dangerous. I laughed and asked the doctor if he had any medical power of attorney forms.

“For Teresa? She’ll be fine. Besides, you guys already did those on the intake…”

The C-section went well, and I watched the whole thing. I always pictured it as a very sterile, precise, and scientifically pure process. Nope. They drugged my wife, and then sliced her open. The doctor looked more like a construction worker than a man of science. He roughly pushed aside organs and guts, buried to his shoulders in my wife’s body. He scooped my new little girl into his sure hands, and unceremoniously yanked her out. “It’s a girl!!”, I told my wife. Always claiming the last word, she replied, “See, you were wrong! I told you it would be a girl!” She turned her head, vomited all over the floor of the O.R., and then passed out.

My wife was unconscious. My daughter was covered in gore and screaming on the table. They were sewing my wife’s body closed and working to regulate her blood pressure.  Nothing was as I had pictured it. It was gross. If men had to bear children, the human race would die out. Blood, sweat, guts, horror, fear, pain, panic, horror, vomit, and human waste. Really, God? This is how we, who are fearfully and wonderfully made, come into the world? Really?

Torn between my worry for my wife and the cries of my baby girl, laying alone on the table, being ignored for a moment by the medical staff tending to her mother. I tore myself away from Teresa and went almost robotically to this slop-covered wonder. I had read all of the C.S. Lewis Narnia books to her, while she was in the womb. I took her tiny hand in my finger. I said, “Hello, baby girl. Remember me?” Instantaneously, her screams stopped, and simultaneously, my wife’s blood pressure regulated. She was closed and clean and waking up. Baby girl was trying to open her eyes to see me, turning her face toward the voice she new so well. I was, in that moment, irrevocably in love.

As I looked upon her face in her bedroom at home, the memory of that horrific and scary event faded in the darkness. I looked at my brand new little girl. I studied the curve of her face. I lightly touched her tiny, perfect nose. We named her Grace. She was evidence that the Lord was still in His Temple. Grace is free, but it sure isn’t cheap. I brushed my seemingly unwieldy, rough fingers lightly through her feather-soft hair. And I was overcome. I wept. Uncontrollably. “God. I don’t know what I am doing! Why would you give me something so perfect? You know I just break everything, right? I am so overwhelmed. I am so selfish. Now I have this life that is totally dependant on me. Why? I’m not worthy of this at all!”

I had it all wrong before. I had convinced myself that all I had to do was not be like my heroin and cocaine addicted, alcoholic father. I mean, he abandoned us. If I just stick around, I am already better. Wow, was I unprepared.

I can really screw up fatherhood. In fact, we have a running fund for future therapy for our kids. I fail at fatherhood all the time. I can’t define myself as father. I can define myself as God’s kid. He has trusted me with three of his other kids. No matter what, my beautiful, talented, brilliant, brave, sarcastic, and entirely weird kids are God’s, just like their dad and mom.  Grace’s birth taught me that none of us can adequately prepare for what God has for us, and life is always much messier than anticipated. But, you know what? Together, we do pretty well. And I am still overwhelmed, but I am also still in love.

What have you been both prepared and unprepared for?