When I tweeted this, I likely should’ve shut my computer.

To be fair, the ball wasn’t exactly a volleyball. It was a globe. An inflatable one.

Vivian and William were using the sofa that divides the kitchen from the living room as a net. And they were spiking.

Meanwhile, I was drinking club soda from a stemmed glass, trying to convince myself that my drink had the alcohol content of Everclear. Or at least Bud Light.

The serves and spikes continued, with the globe ricocheting around our house like a pinball trying to flee a 1980s arcade game.

After one of William’s wild serves, the ball skidded across our kitchen island, taking 1990s relics – CDs and newspapers – with it.

My discipline was greeted by giggles, contagious ones.

I grabbed the ball, zinged it down the stairwell into the basement, and slammed the door.

More giggles. William tried to wedge me away from the basement door.

Vivian’s eyes grew bigger as did her smile. “Come here, Will,” she said. “I have a plan.”

William went to her, and she whispered things in his ear.

And that was how I came to find myself staking out my basement door while a Mini-Pops version of the CIA met in my kitchen.

With a grin on his face, William swaggered back to me, leaned against the wall, and waited.

I heard the fridge door open.

“Mom…” Vivian said with a singsong lilt. “I’m eating the rest of the cheese sticks.”

I eyed the cluster of processed plastic in her hand and said: 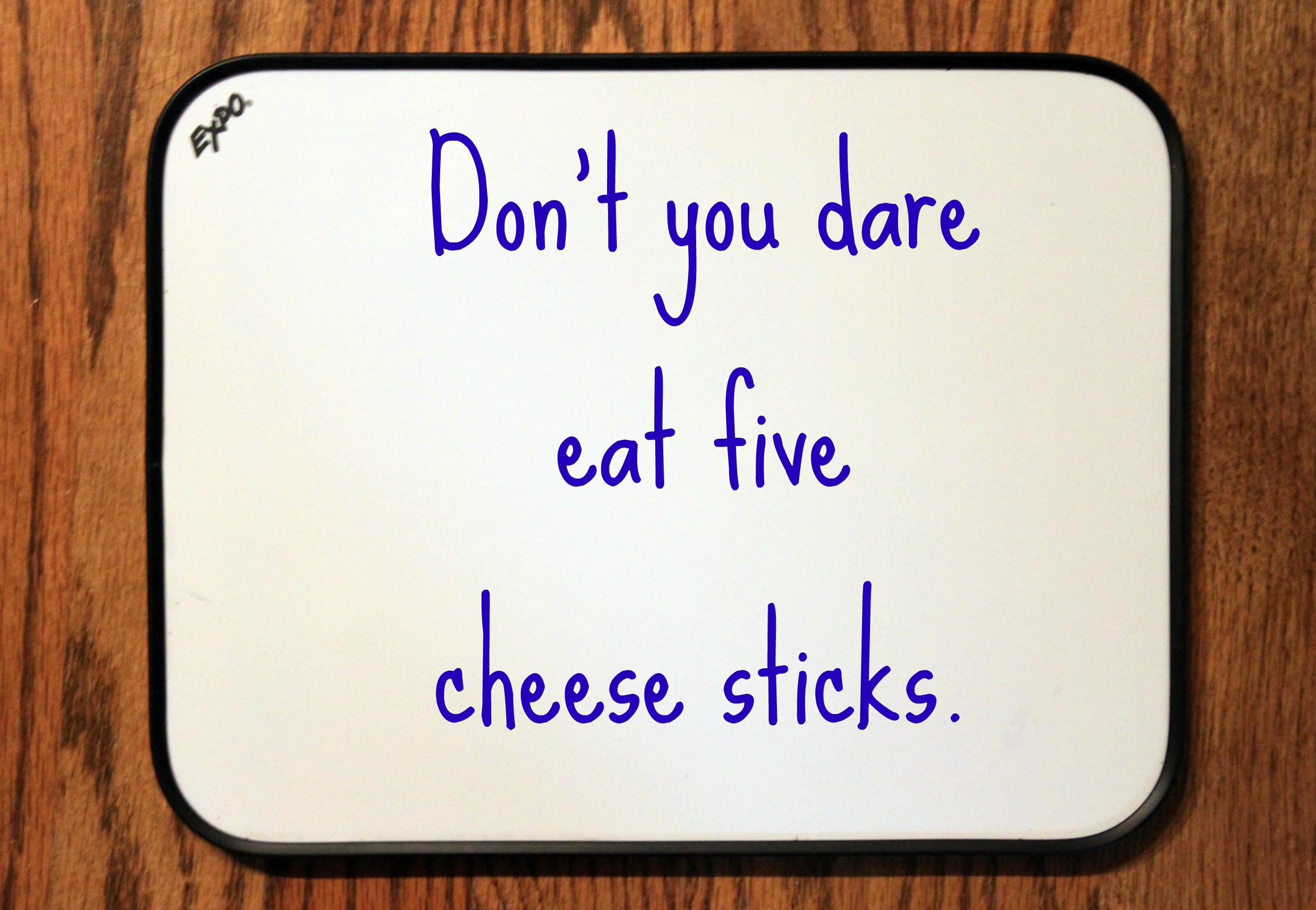 “Dinner’s in ten minutes.” I added, before wedging my hip further into the basement door.

Vivian held all five cheese sticks up and pranced a bit. Then she peeled the plastic skin off one and bit into it.

“Give those to me!” I lunged at her, grabbed four cheese sticks, and heard William stomp down the basement door to retrieve the inflatable ball.

What ensued was an impromptu game, a cross between Chase Me and Keep Away. From afar, it may have resembled a rugby match in a small space with breakable items, like stemware and the bones of a 40-year-old woman.

Vivian and William knew the final whistle when they heard it. They shuffled to the living room.

I sipped my soda water and rescued the animal-formerly-known-as chicken from the oven.

That’s when I heard William say this: “Viv? Can you help me find something I can slingshot?”

What has nearly driven you to drink recently?