Last week, I opened up the comments to you, inviting you to ask my dear husband (DH) any questions. 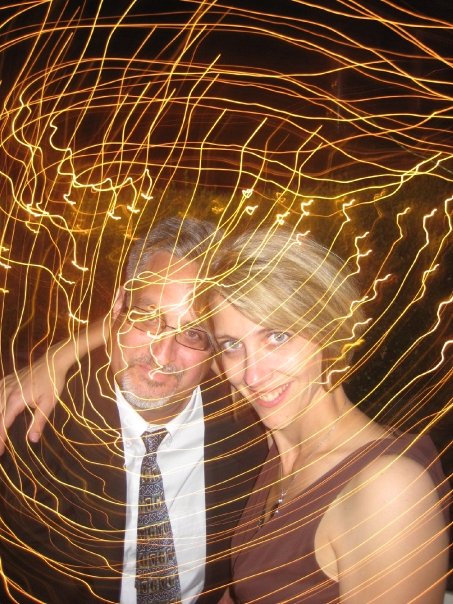 First of all I would like to say how pleased I am to have been forced into conversing on the blogosphere with all of you teenagers, stalkers, shut-ins, and unabombers.  When IronicWife says “Jump”, I say “Of course, and your hair looks lovely today”.

Please do not be offended by any of my answers because (a) they were written with the best of intentions and (b) crankiness is my default setting.

As regards The Walking Dead, is its governance now a “RickTocracy,” or a “RickTatorship?” Can I get a Mr. Ironic MomMan ruling, please?

An excellent start to this exercise, Chad. The Walking Dead is one of the best shows on television, ranking behind The Wire, The Sopranos, and just above Breaking Bad, for my money. Rick is one of the characters whom I originally wanted to get eaten. He is too pretty and too skinny to be either a RickTocrat or a RickTator. I think he is just a RickHead.

From Annie Boreson and The Middle Eastern Master of the Sword of Sarcasm:

Would you consider moving your day of celebration?

Thank you Annie and Middle Eastern Master for your thoughtful, if decidedly similar questions.  No I have not considered moving my birthday.  It actually only falls on Mother’s Day every few years.  This is because in Canada, our days are a few hours shorter than American days as we use the Metric system.  The shorter days result in us being harder workers, having more flexible pupils, free healthcare, and fewer automatic weapons.   Also if I moved my birthday my own mother would be devastated.

What’s your favorite quality about Leanne?

Hopeful, Leanne thanks you for your question.  My favorite quality about Leanne, besides her drop-dead gorgeousness and her optimism, has always been her sense of humour.  And of course her sense of humor, now that her blog has been translated into American.

What’s your funniest memory about Leanne?

If laughter is said to add years on to your life, then I will live to be 112.  Leanne and I laugh every day.  If I had to pick one memory it would be every time Leanne tries to tell a joke.  Next time you meet her in person, get her to tell you the one about the proton, neutron, and electron who walk into a bar.  She never starts it the same way. It is priceless. It’s like watching a train full of clowns go off the rails in slow motion.  I’m killing myself laughing as a write this.

Who is your answer to Leanne’s Colin Firth?

Great question, Tamara.  I have a bit of trouble with picking Hollywood stars as fantasy fodder because they are usually too perfect, and every woman who has told me she is an actress has been a proper wing nut.  Having said that, I got butterflies in my tummy (as my son would say) watching Julia Ormond in Smilla’s Sense of Snow.

What’s your favorite thing to do with Leanne that you can tell us about on a family-fairly-friendly blog?

Hmmm.  Family friendly?  That narrows it down to lying in bed, side by side, reading while it snows outside.

What was your reaction to learning you’d be having twins?

In the first five seconds I was, in this order, elated, then tearful, then grateful beyond words to my lovely pregnant wife and God, then terrified of dental bills and college tuition, then elated again, then stunned.  The last reaction unfortunately continues to this day.

Do you think of Canada as the US’s hat or of the US as Canada’s pants? (I live in Florida; For the sake of my state’s dignity, I have to see y’all as the hat…)

Best question so far.  I love the cartoon that shows a map of the U.S. saying “Hey Europe, eat my Florida!”  And no, Canada is not America’s hat:  we are larger and we’re on top; therefore, if this were prison, you’d be our bitch.

Who are the two women funnier than Leanne?

Oh no no no no!  I am not making that mistake twice.  After nearly 12 years of marriage Leanne is numbers one to five on the list of funniest women in the world.  No one else is even in the conversation.  Amen to that.

From Renee A. Schuls-Jacobson:

What do Leanne’s farts smell like? I’d guess a combination of apple juice and chalk. Or does she not do that?

Thanks for going straight to the toilet, Renee.  This blog started out with rather noble intentions…  First of all, Leanne doesn’t “fart”, she “toots”.  Secondly, her toots do not smell.  Although let’s just say that their sheer volume isn’t doing a lot for the polar ice caps.

When the WordBitches go on their writers’ retreats, what is the craziest thing you have ever done with the kids that you have NEVER told Leanne? *whispering* (You can tell me. I won’t tell anyone.)

When Lee is with her WordBitches I make nutritious meals, organize educational, enriching activities for my kids, and light a candle at the shrine of my wife, waiting for her triumphant return.

From Ricky Anderson (a.k.a. @Arthur2Sheds):

Why don’t you just write this blog? Albatross!

Albatross?  What flavour is it Mr. 2Sheds?

Lastly, if Mr. Ironic could have a weekly feature here on Ironic Mom, what would it be called? And why?

I would call my weekly feature “Why do Canadians [BEEP – Leanne blacked that out]…?  So they can both watch the hockey game.”

That’s all from the DH. For now at least. Look for Part 2 next week.