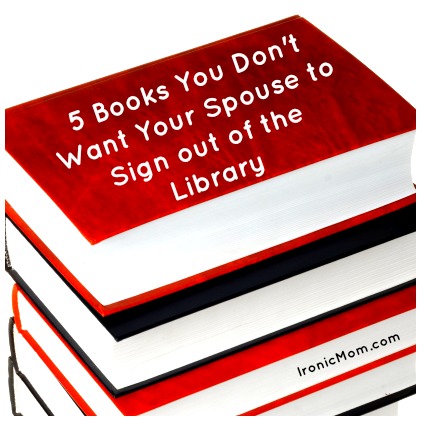 My husband is a recovering librarian. This means that when we were first dating and he wasn’t yet recovering, I’d call him and say things like, “Hey, Babe. How does ‘822.33 SHA’ sound to you?”

William Shakespeare—one of the many Williams we named our son after (see also William Wallace and my grandfather)—has his own Dewey Decimal code; he’s the only author to have this designation.

I don’t think my husband is a recovering librarian because I attempted to impress him with my geeky knowledge of number-y library things, but I suppose that’s possible. Still, the truth remains that I know a lot about libraries, including how to donate money to fund their expansions by not renewing books on time. If I wanted to make some serious cash, I’d develop an app that automatically renews library books on their due date.

The other day, Vivian was perusing our library’s online catalog. She was looking to see which of our 24 holds had come in. I was talking to my husband about something non-Dewey related. It could have been the odds of the Leafs winning the Stanley Cup before we put a man on Jupiter.

While we were immersed in conversation, Vivian squatted on a stool at our kitchen island, staring at the laptop screen and speaking. “Mom,” she said, “your book is in.”

My husband kept talking; I kept nodding; Vivian kept chattering. She read the title, but we missed it.

My husband stopped talking when Vivian got to the book’s subtitle.

“Tales of Marriage, Sex, Death, and Other Humiliations,” she said.

My husband laughed. “What else are you signing out from the library?”

Instead of answering that question, I started a list.

1. Taxidermy: A Guide for Families

2. How to Cheat Without Getting Caught

3. Ponzi Schemes and Other Investment Opportunities

4. Everything You Want to Know about STDs

5. Snooki’s Guide to Improving Your Marriage

Your turn:
What titles would you add to the list?