When Vivian’s bored, she either draws or writes. We used to call her a one-girl  craft production factory, but now she’s a writer in charge of a word assembly plant. James Frey would be lucky to have her in his sweatshop of young writing grunts, earning $250 per book they churn out.

Last week, Vivian must have been more bored than normal, because she decided to try a new genre: play-script. While I was multitasking in the kitchen (doing dishes and tweeting), she was sitting in the living room, busily writing in her journal.

“Mom,” she said, walking into the kitchen, “I wrote a play.”

“Really?” I questioned, feeling both impressed and unproductive.

I stifled a laugh at her casting choices and said this: 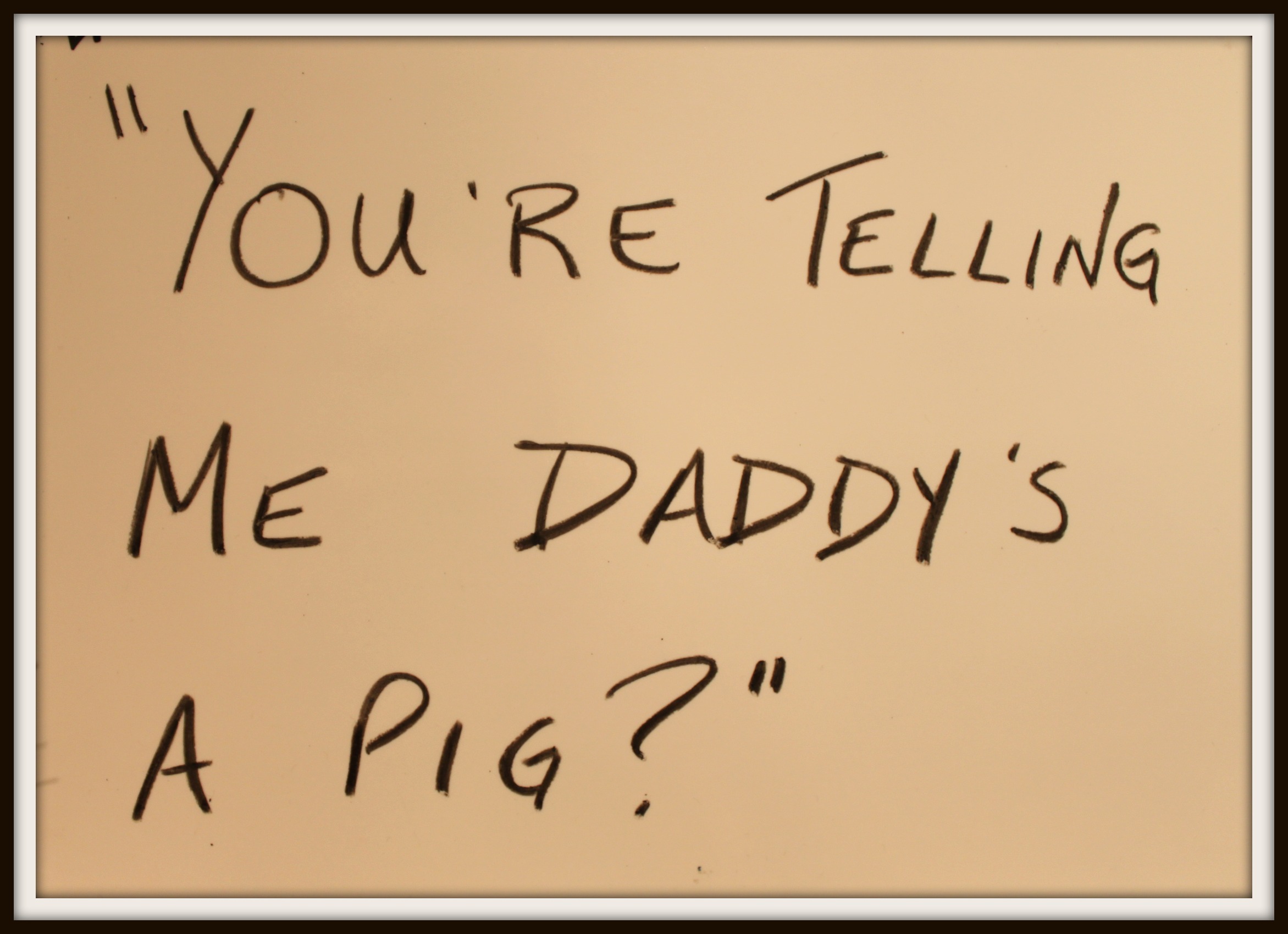 Animal Farm aside, at that moment I felt superior on the evolutionary ladder.

She had torn out four pages: on one page, essentially the director’s script, was the whole play; on the remaining three pages, she had written each of our parts.

After I practiced my part a few times, which involved saying “honk-shoo” (her onomatopoetic version of snoring), she corralled her brother and father.

When William refused to read his part, she threw it aside.

My husband and I rehearsed three times.

We told her that was enough for tonight.

It’s Whiteboard Wednesday, so have to ask:

What bizarre things have you said or heard this week?