Last Sunday, my nine-year-old treated me like I was the spawn of Satan. Or worse, his mom.

I’m still not sure what I had done that morning to annoy him. It could have been (a) not letting him watch three consecutive hours of Phineas and Ferb; (b) insisting that he not leave the house wearing only underwear; (c) not letting him bring five books on sharks with him. Regardless, by the time we got to church, I was the enemy.

He sat far away from me, but not so far that I couldn’t see him scowling. That works out to be 8.5 feet, if you’re wondering.

He refused to smile at me.

Sometime during the sermon, Will pulled a pad of paper and a pen out of my purse. Then he drew his anger. 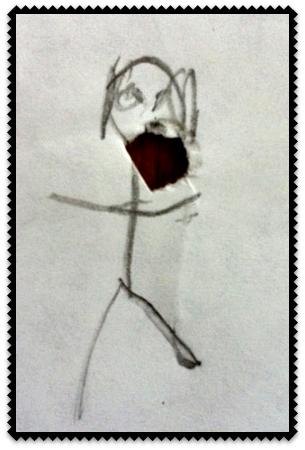 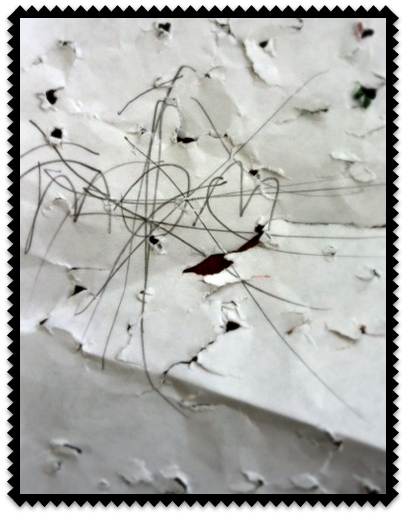 Some day, I’ll tell you about my own misbehaviour in church. It might make my kids seem angelic.

Where do your kids misbehave?
What about you when you were young?