When Vivian and William were little, I was anti-gun and anti-fun, but I soon realized that there are plenty of legitimate ways for them to kill themselves that don’t require a locked up cabinet.

Take yesterday. I was in a splendid mood. I had yet to embed a Lego figurine into the sole of my foot. I had gotten through four things on my to-do-list, but while I bought myself a congratulatory chai, I remembered six more urgent items, resulting in this tweet:

So I’m waiting for my husband to barbecue eggplant (a vegetable that is Mediterranean yumminess) and cook prepackaged fish (a cardboard imposter he found in the organic section of the supermarket).

Vivian and William are also waiting, but they’re hovering over the table, two vultures ready to pick through the carcass that is dinner.

Around the time my husband carries in the eggplant, the vultures become bored and start circling the table. Before you can say roadkill, they’re racing around the table. 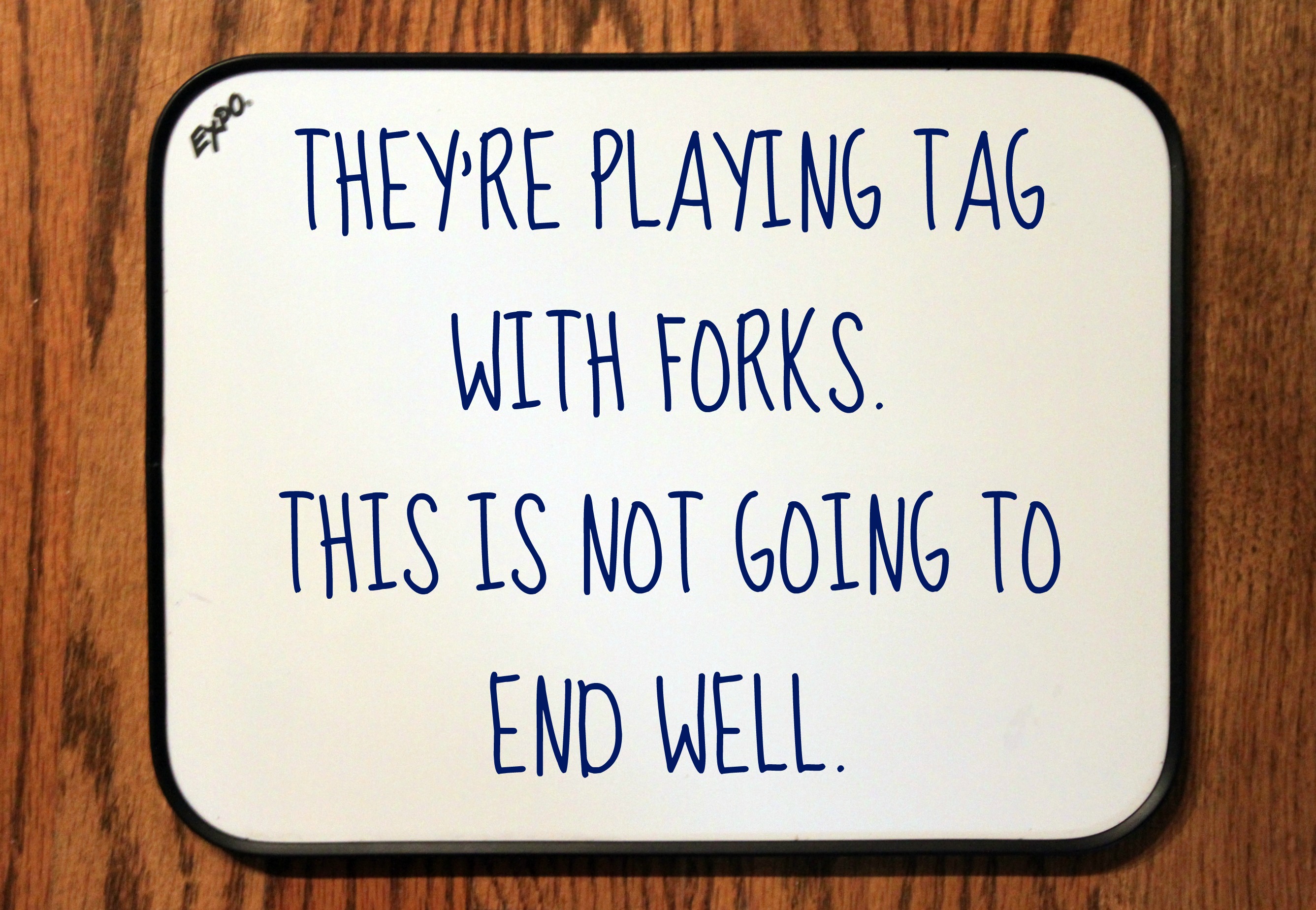 It’s Whiteboard Wednesday, the day I share something crazy I’ve said.
So now it’s your turn:
What bizarre things have you heard, said, or done recently?