Welcome to my fourth-annual list of the Worst Toys of the Year.

So, let’s get it started, shall we?

The Skankification Award is given to the doll that most resembles a prostitute. Previous winners include Ari Roma of the Novi Stars alien doll collection (2012), Arizona of the Moxie Teenz dolls (2011), and Monster High dolls (2010).

The 2013 Skankification Award goes to Pinkie Pie of the My Little Pony’s Equestria Dolls collection.

Here she is in all her skanky, horse-y splendour: 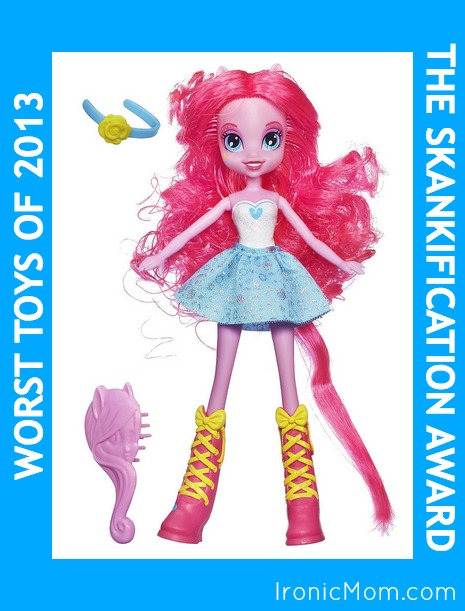 Three reasons why Pinkie Pie should get a one-way trip to the landfill:

YOUR TURN:
What do you think of Pinkie Pie’s reincarnation as a tramp?