William wandered over to me with his latest Lego creation. He’d hobbled together eight spacecraft, each piloted by a gruesome creature.

We looked at them, and Will explained the marvels of each ship. He held one up. “This one’s undead, Mom.”

Viv, who was drawing with pastels, perked up at this word. 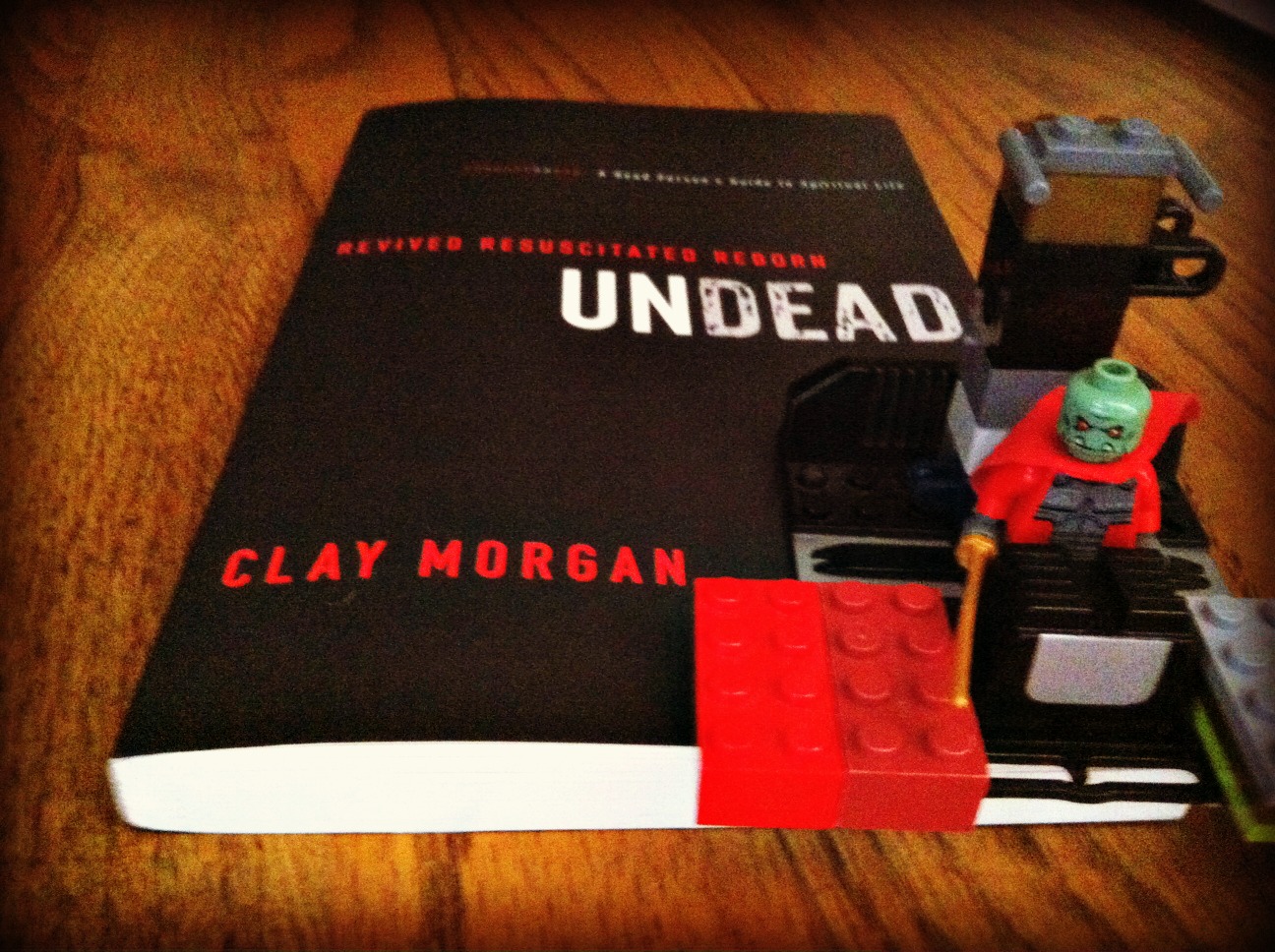 “That’s the title of Chase’s book,” she said.

Viv changed colours. “I get Clay and Chase mixed up.”

“So does Daddy,” I said. “It’s really pretty simple. I run Stuff Kids Write with Chase. He writes about funny parenting stuff.”

Viv nodded. Will staged a dogfight with two planes.

I continued. “Clay writes about the undead and religion and sometimes TV.”

Vivian said, “Those don’t go together at all.”

Vivian is absolutely right. Zombies and religion and pop culture don’t go together. Except when Clay Morgan is piloting the zombie aircraft. You may recognize Clay’s name. Together, we’ve staged some blogging mischief, most notably Searchbombing. I also became Batwoman when he hosted his own blog’s funeral.

But the reason we’re gathered here today is to talk about Clay’s new book, UNDEAD: Revived, Resuscitated, and Reborn, which was just released. Here is the review I posted on Amazon. 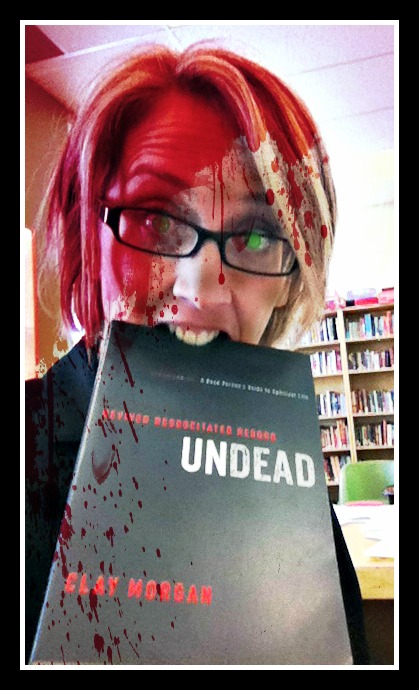 UNDEAD is peppered with whimsical and brilliant pop culture references, from oldies like The Wizard of Oz and Michael’s Jackson’s Thriller (is that old?) to newer references like The Walking Dead and the rescue of 33 Chilean miners in 2010.

The bigger picture, though, that Morgan communicates in a conversational and humorous way, is nothing less than the meaning of life. Specifically, Morgan recounts several occurrences in the Bible where people come back from the dead. Morgan is able to retell stories from the Gospel of Luke with the same easy-to-read quirkiness with which he describes scenes from The Shawshank Redemption.

Ultimately, Clay Morgan challenges readers (and himself) to awake from being spiritual zombies and truly live.

If pop culture, meaning-of-life or Bible stuff doesn’t grab you, there are two other reasons to pick up UNDEAD: (1) to look at the amazing illustrations, which are seductively creepy and mesmerizing; (2) to read Clay Morgan’s hilarious footnotes.

For info on how to get the book, check out The Official Undead Page. You can also follow tweets at #UndeadBook.

Also, check out the fabulous book trailer for Undead. It almost literally brings the artwork to life. Go ahead, press play. You know you want to… 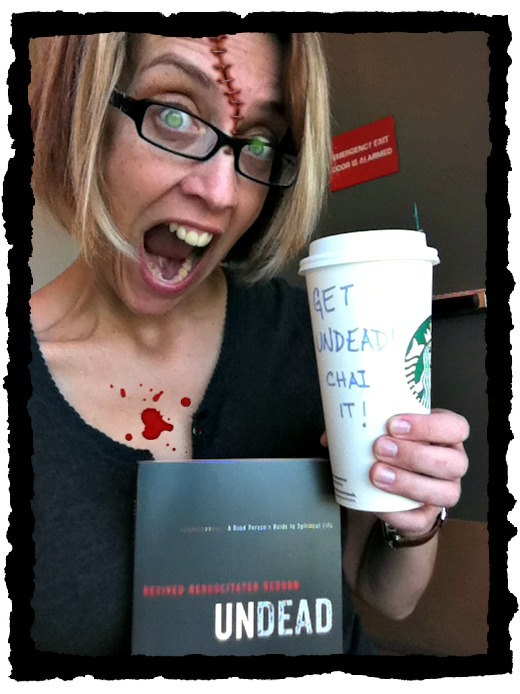 I’m going to send a copy of UNDEAD with a Starbucks gift card to one commenter. You know, so you can chai it.

To enter, you can either caption one of the above photos (or all) or share a bad pun or just make some random comment.

See you in the comments.