I’ve been looking haggard lately, more so than normal. I’ve had a long stretch of teaching, followed by two nights of parent-teacher interviews. Bedtime’s come too late and sleep has been unsettling. In the classroom, I’ve looked and sounded like Charlie Brown’s teacher.

I’m not sure if it’s the tiredness or the fact that the end is near, but I’ve been laughing a lot with my students recently.

One of my classroom traditions is that I let students play word games during the last class before a holiday.

Yesterday, five Grade 8 boys were playing Scrabble in the centre of the room. In the midst of the game, one exclaimed, “I just got 12 points for ‘sex’!” My eyes opened wide, I shook my head, and I was unsuccessful in suppressing an extended laugh.

Today, four Grade 9 girls were playing Taboo, one of my favourite games. Taboo requires you to give verbal clues to your teammates, trying to get them to say a chosen word on top of the card. The challenge is that there are several words you’re not allowed to say in your description. 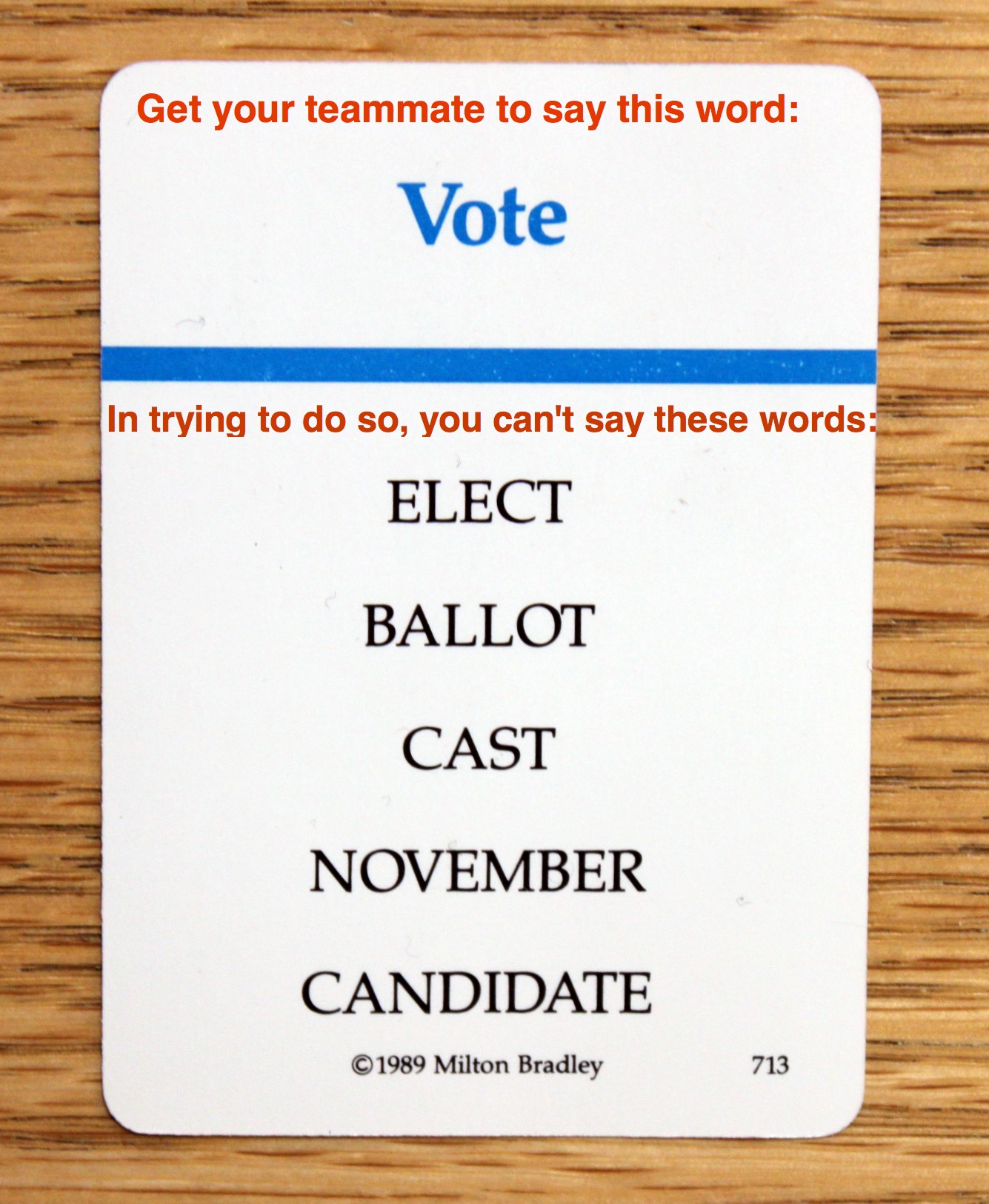 One girl was speaking. The verbal clue she gave for the above card was, “Soon, Canadians will go to polling stations to do this.”

Again, I shook my head; only this time I didn’t even attempt to supress the laughter. Neither did half the class. It’s vote, people, vote (although the death metaphor seems rather brilliant). This is especially timely given that Canada’s minority government fell today in a vote of non-confidence over the federal budget.

So, exhausted and laughing, I head into two weeks of holidays knowing that it is possible to love your job and to love your time off.

And, please, bring on sleep too.