Since you don’t come to this blog to read about unicorns (unless some catastrophe has befallen them – say, a guillotine), here’s the good, the bad, and the ugly of our 15 days in Arizona, the state whose motto is “God Enriches” (as in “God Enriches Us So Border Patrol Guards May Check Every Car To See If the Driver and Passengers Look White Enough”).

The Good: No one vomited this time, which is always a bonus on any trip. It is even better when the new-car smell of the rental car is not replaced by Eau d’Acid Chunks.

The Bad: Just after we arrived home in Calgary, Vivian had a migraine and slept for 14 hours, including sleepwalking episodes where she was non-responsive.

The Ugly: Me. After a day of traveling and a night of checking on my daughter to ensure she was doing what she’s supposed to (i.e. breathing), I was rockin’ the zombie look. 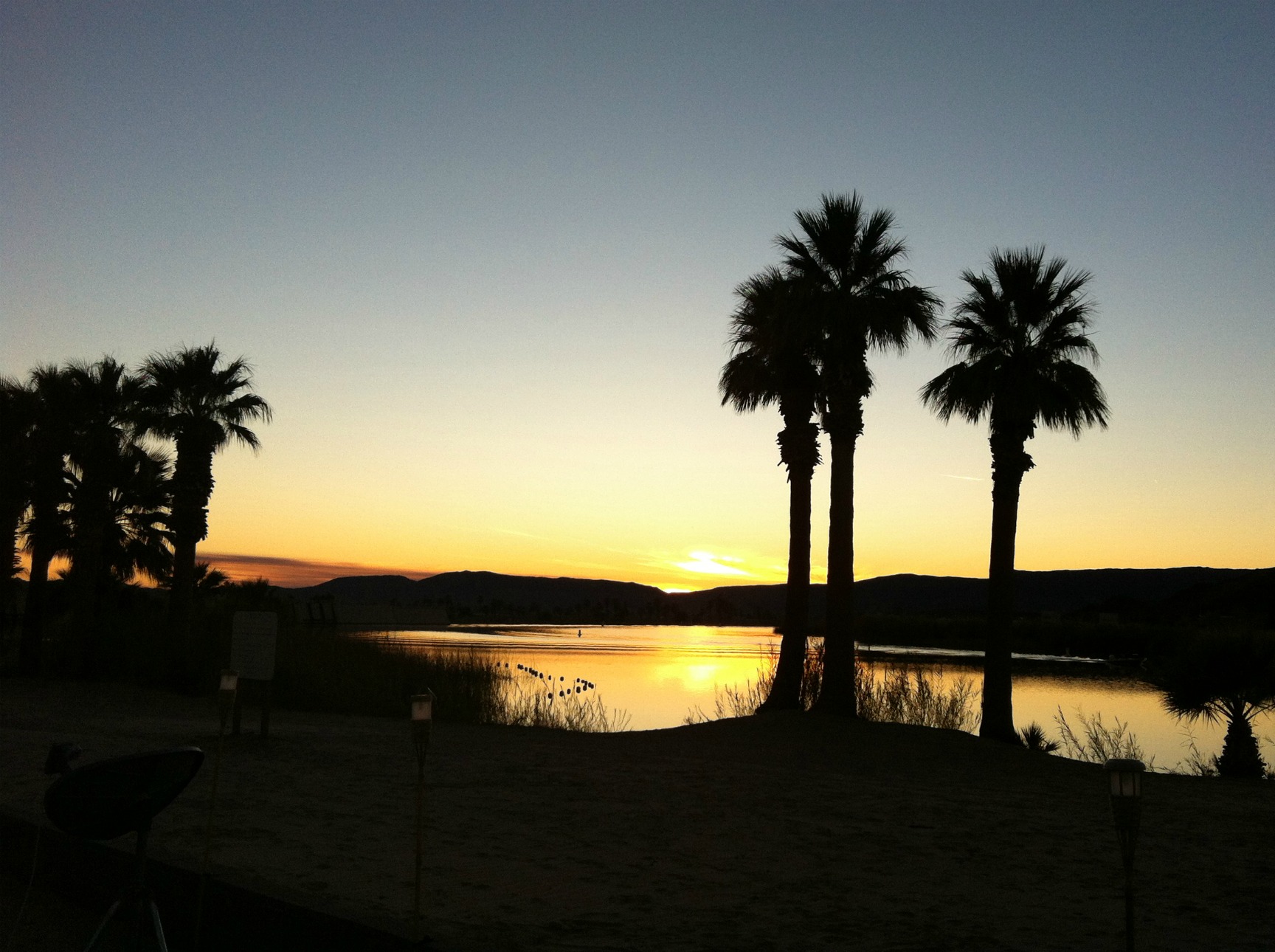 The Good: This was the sunset every night from where we stayed.

The Bad: The sunset happened too quickly. Grumble, grumble.

The Ugly: The glass of wine also happened too quickly.

The Good: I loved spending the day with my my mom and dad and watching the kids squeal about their presents, including Gramma-Jammas,” Lego Ninjago, slippers, puzzles, games, and underwear that was not too small.

The Bad: After I made pancakes outside on the lefse maker, William played on the beach. He buried two of his Lego Ninjagos, left the scene to go to the bathroom, and returned to permanently lost treasures.

The Ugly: My husband, who worked as an archeologist for a few years (including time at Head-Smashed-In Buffalo Jump), spent hours raking the beach, to no avail. Those Ninjas were stealthy. So were the bison evidently, because he didn’t find any skulls along the Colorado River. 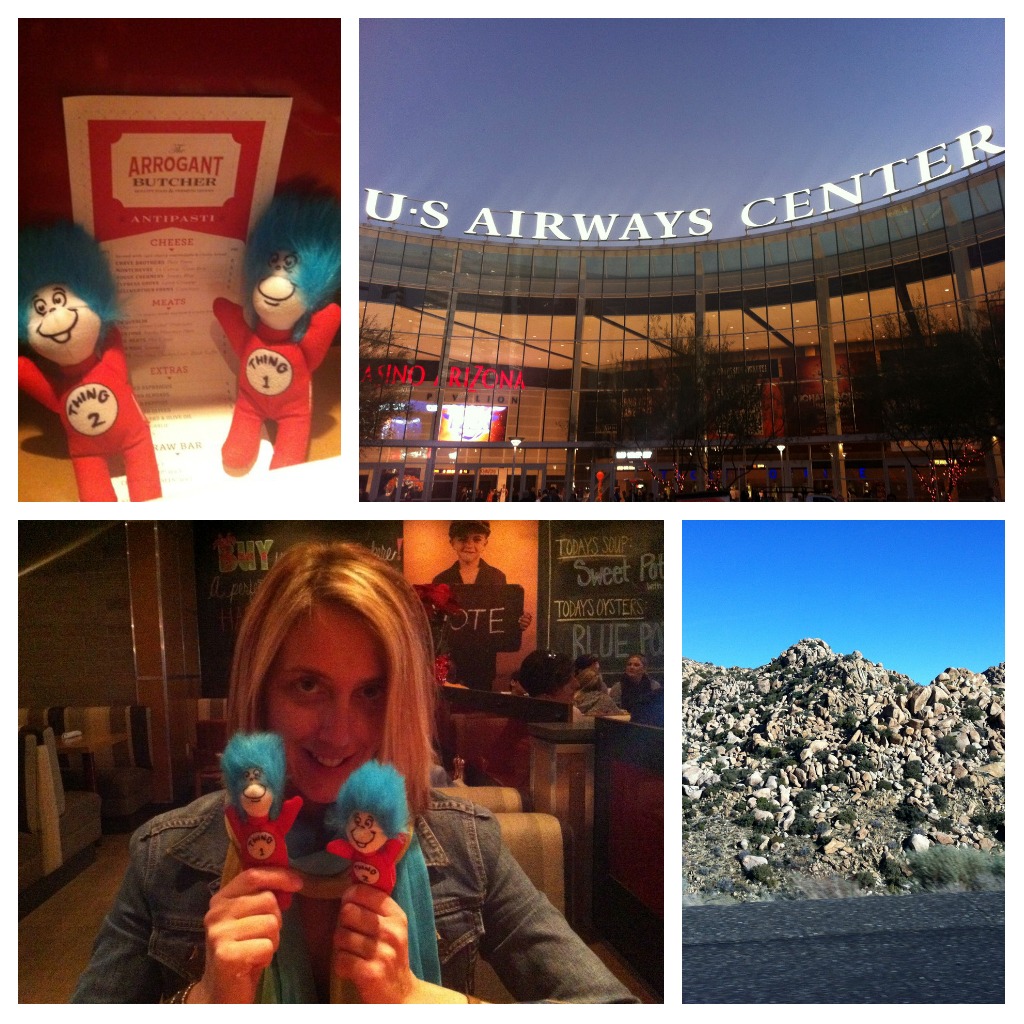 Note the random rock picture, to fill in the collage

The Good: I’ve played my share of hoops but have never seen an NBA game. My husband and I are Steve Nash fans, so we bought ourselves Phoenix Suns tickets. Prior to the game, we ate at a yummy place called The Arrogant Butcher.

The Bad: The wine I had with dinner was lousy, but I’m Canadian so I didn’t send it back. Steve Nash played like his hands and feet were frostbitten; he’s Canadian and he wasn’t sent back (out) either.

The Ugly: The final score. 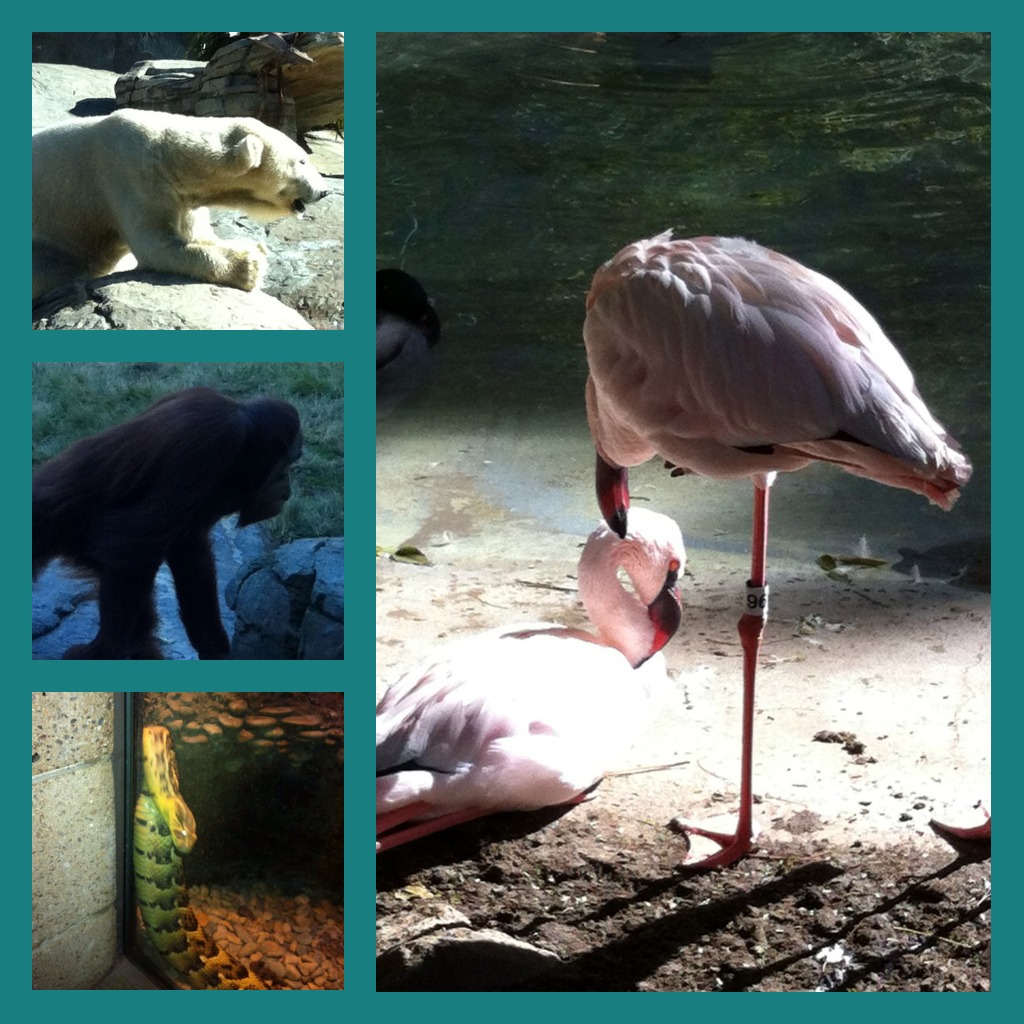 The Good: We went to the San Diego Zoo, we got a great deal on a hotel, and I met with my agent, which was inspiring, rejuvenating and gave me lots to think about.

The Bad: We tried to eat at a busy fish market in La Jolla, but William couldn’t deal with the smell of recently dead marine life.

The Ugly: You could get a seat sale that costs less than the price of food at the zoo. And they wouldn’t even let me deep fry any animals, likely due to the strength of the environmental movement in SoCal.

It’s up to you to decide if this is the good, the bad, or the ugly. Prior to opening a used bookstore, Paul Winer was an exotic dancer.

What’s the good, the bad, and the ugly in your life?