Mount Vesuvius sits on my chin.

I’d show you an uncensored photo of me and my Zit-pocalypse, but I have standards to uphold on this blog.

Below, however, is the censored version. This is how I’ve been walking around my house for the past 36 hours, not including the incubation period, which has been 30 years. 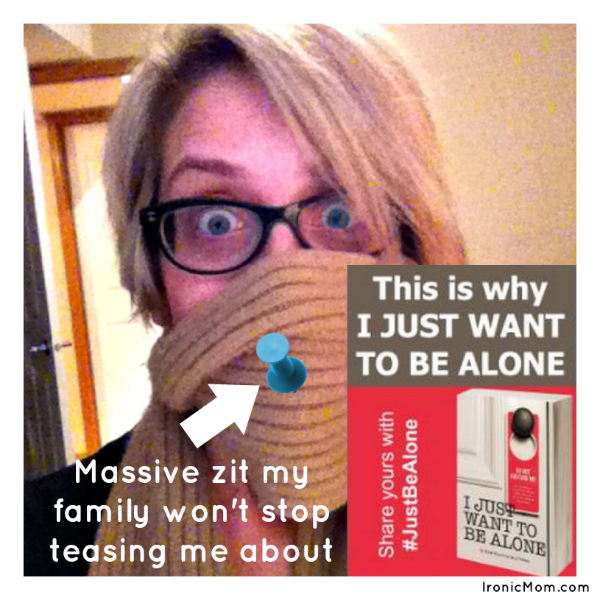 Here is how my family responded when I lowered my scarf:

I’m thinking of starting a Kickstarter campaign to get a night alone at a hotel. Or an appointment with a dermatologist.