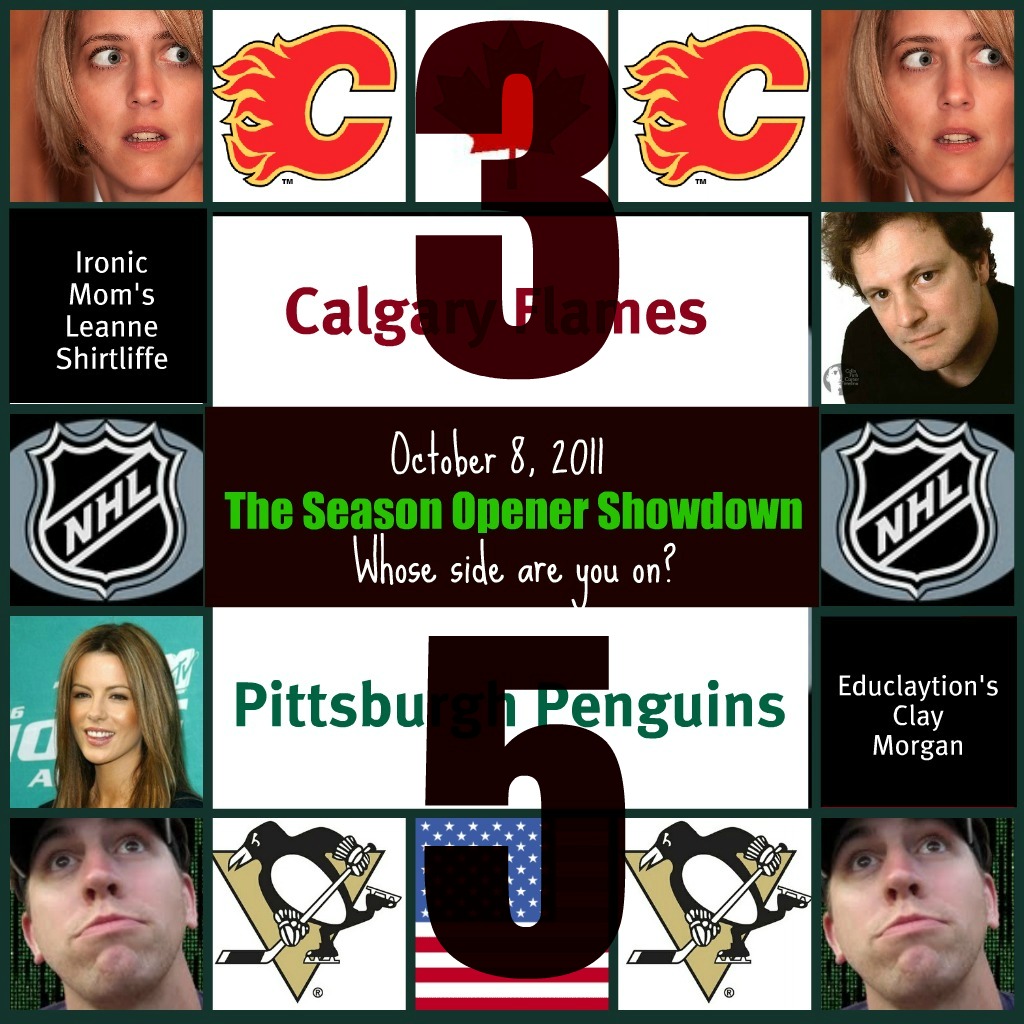 Well, it happened. On Saturday I lost something very precious, the friendly wager I had with Clay Morgan, Mr. Pittsburgh himself. His Pens played good hockey for 60 minutes; my Flames managed only 30 minutes of respectable play.


Congratulations to Renee Schuls-Jacobson from Lessons from Teachers and Twits who most closely predicted the score. Her guess was 5-2. She wins some chocolatey goodness.

Also taking home some chocolate is Larry Hehn who blogs at Christian in the Rough. Larry told a great hockey tale; he was declared the winner by a random method that may have involved me throwing darts at penguins.

An addendum from Clay:

Hold up, if you get throw darts at penguins then I’m peeing on the flames. Hey, it wasn’t a total loss for the Calgary team. After all, they did lead the game in cheapshots. Rumor has it that once back in the locker room they also kicked over their Lego buildings and threw the vegetables they refused to eat.

I can’t imagine what would happen if the Pens get to have their world class center, Crosby and Malkin, both healthy at the same time. Oh wait, I have seen that before, a little something we like to call 2009 when they won the Stanley Cup.

Well, it sure was a fun hockey night, at least for us. Thanks to everyone who made picks and told stories. Too many good ones to recount but congrats to the winners!

I’d say let’s do this again soon, but the Flames and Penguins only play each other once a year. Unless they were to meet again in the Stanley Cup Finals. Bahaha! Yeah right, like the Flames would ever make it. My fingers couldn’t even keep a straight face while typing that.

Leanne, you’re the best, always a good sport even if your hockey team isn’t good at their sport. *ducks and covers head again*

Well, no doubt Clay will eat those words.

Thanks to all who participated. I haven’t had this much fun trash talking since Canada beat the US in the Gold Medal game in 2010.