My six-year-old twins, Vivian and William, have decided to open a restaurant. Vivian is the maitre d’, the chef, the owner, and the waitress. William is the guy who trails after her. Think Remy from Ratatouille, without the influence.

So, I’m sitting (which, according to my son, is my best skill) when the basement door opens. Vivian walks forward; William follows.

“Madame,” Vivian says, holding out a miniature Dutch oven, “Vould you care for zum Chicken Soup?” Vivian is demonstrating my speaking-in-accent philosophy: the more different accents you can slip into the same sentence, the better.

William has stepped forward now, executing an opening punch from a Taekwondo pattern. In his fist is a plastic spoon.

I uncurl his fingers and remove it.

I look back to Vivian, then reach and remove the lid from the pot. I see this: 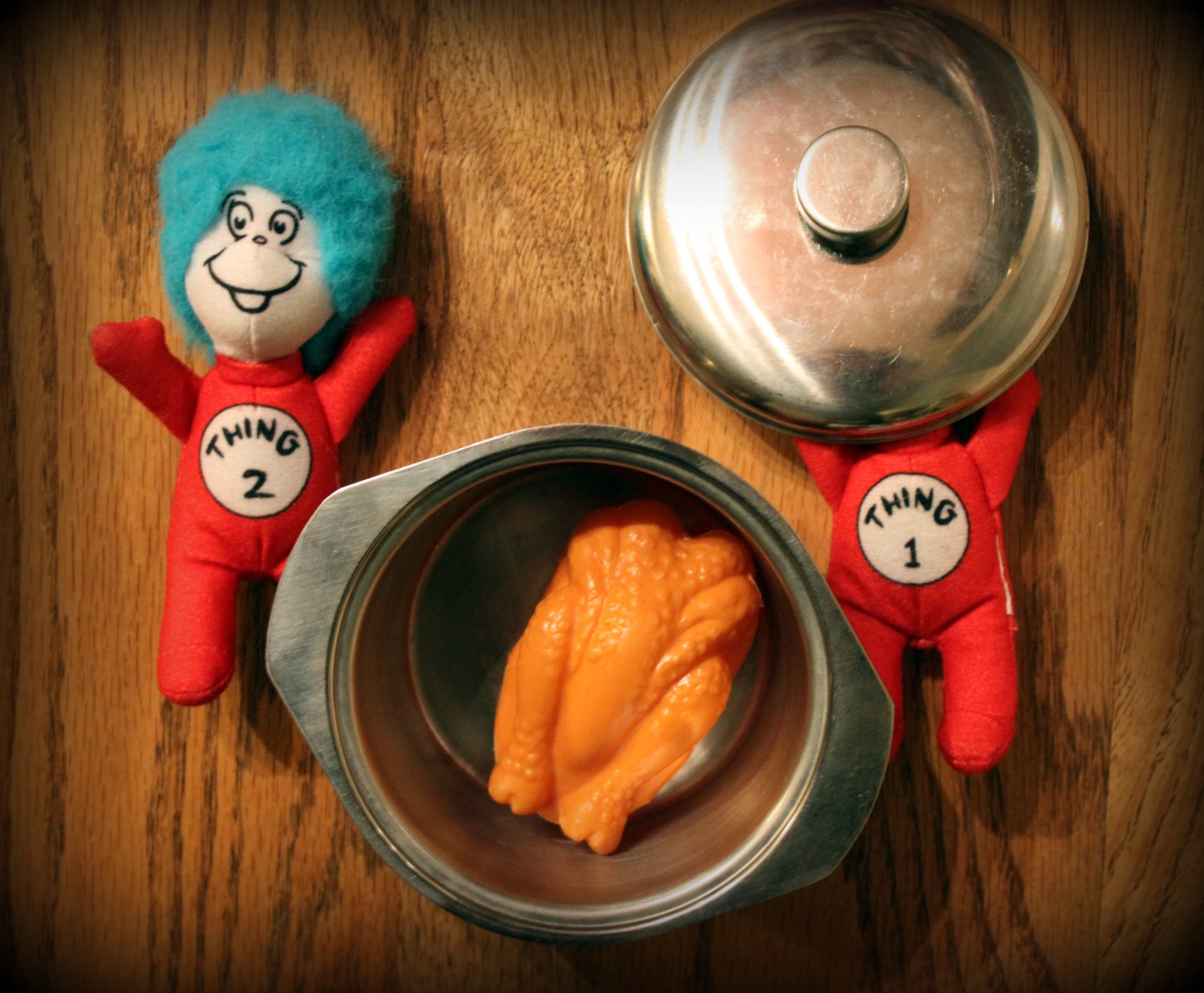 Using my recently acquired, over-the-top acting skills, I croon over how marvelous the zoup is. I kiss my fingers for emphasis, an action I’ve never seen anyone French do.

I pause, trying hard to remember what other plastic food we have in the basement.

Vivian waltzes over to my husband. William follows. It’s no longer Remy he resembles but Mr. Bean. Think Christmas turkey on his head, and you’re close.

“Some chicken zoup, monsieur?” she asks.

My husband mimes sipping the soup, making me believe carcass-in-a-pot is better than anything I’ve cooked recently.

He smiles. I know something’s coming. “Your phone number?” he says.

Just before I say That’s not funny, Vivian adds, without missing a beat, “That’s not on the menu.”

I watch Vivian sashay to the basement door, followed by William, whose shuffle now resembles that of Tim Conway.

Any cooking or accent stories out there?