Today marks the return of Whiteboard Wednesdays. If you have no idea what this is, neither do my kids. So know that you’re not alone.

Basically, Whiteboard Wednesday is when I write down something semi-idiotic that I said while parenting in the past week. This is easier than it seems.

Some past Whiteboard Wednesday comments include the following (click on the picture if you wish to go to the original post). 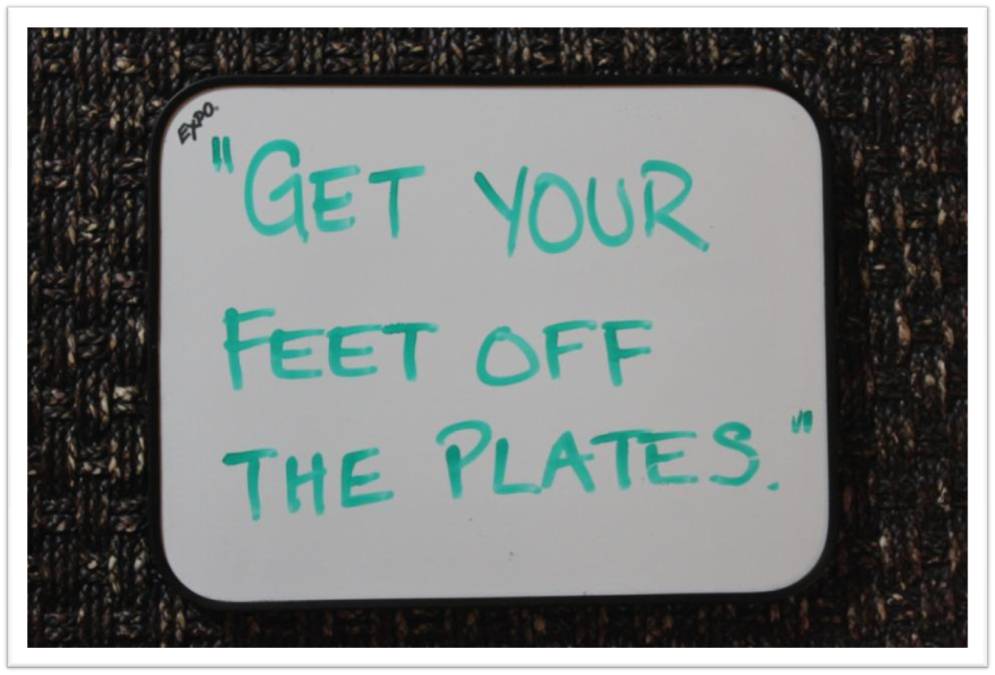 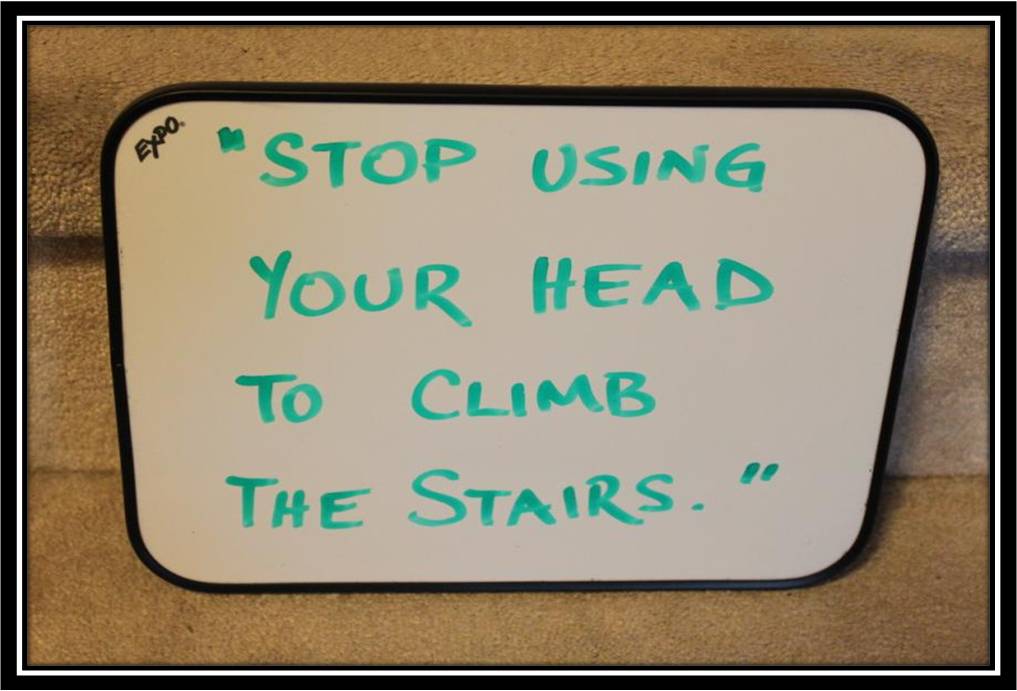 This week’s Whiteboard Wednesday moment occurred while Vivian and William were having a bath. The water was up to their belly buttons. I was multitasking, managing to simultaneous keep an eye on my seven-year-old twins whilst tidying their bedroom way down the hall.

I heard silence. Then giggling.

Then silence. Then giggling.

My spidey-senses started to tingle.

I walked back to the bathroom.

Vivian was putting her face in the water and inhaling. Intentionally.

William was in hysterics.

This was my rhetorical question: 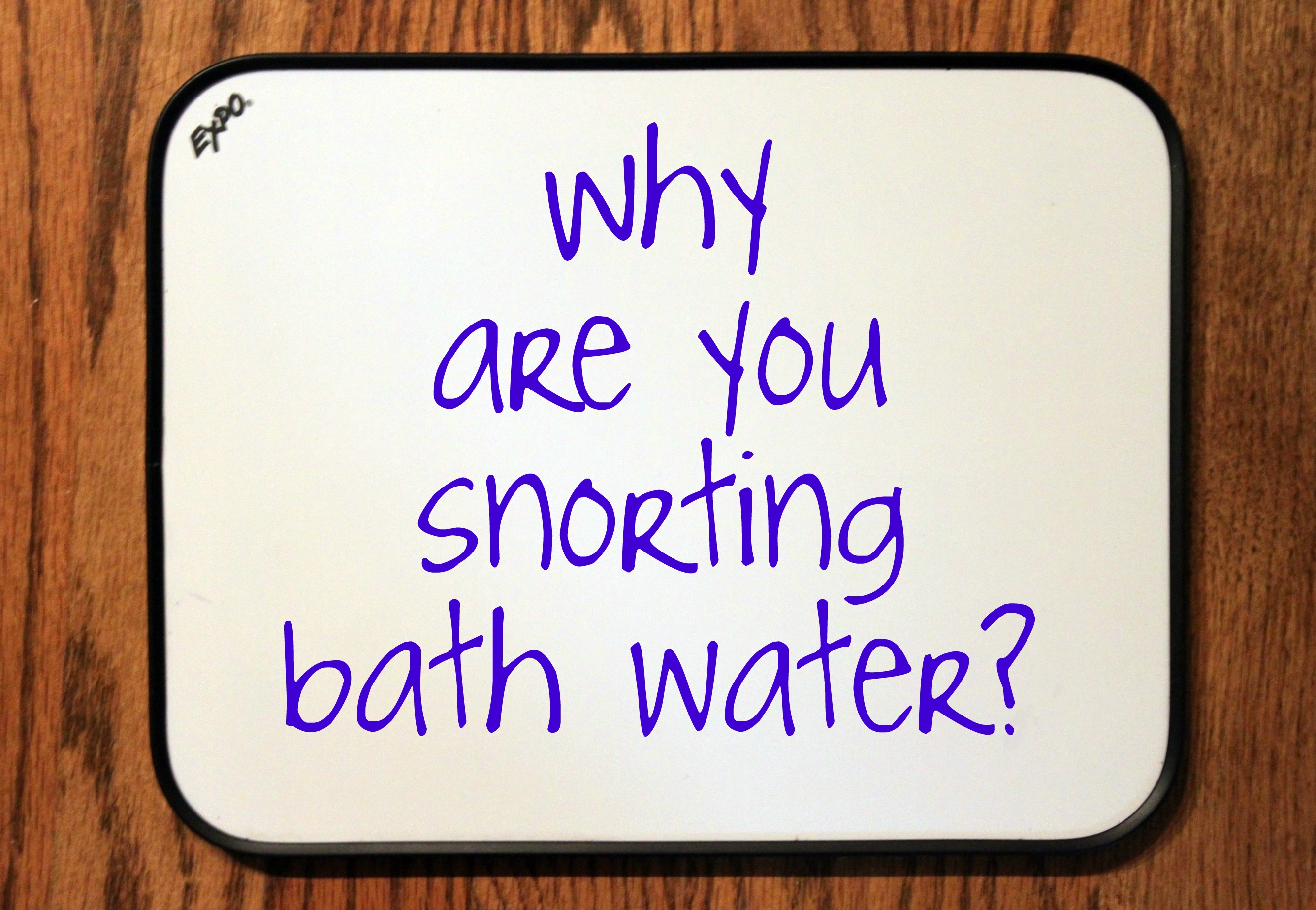 Like most kids, Vivian didn’t realize that my stupid question was rhetorical. So she answered.

“It cleans my nose.”

My seven-year-old had invented a bathtub-size neti pot.

And then, because I sometimes lack the ability to bite my tongue quickly, I added: 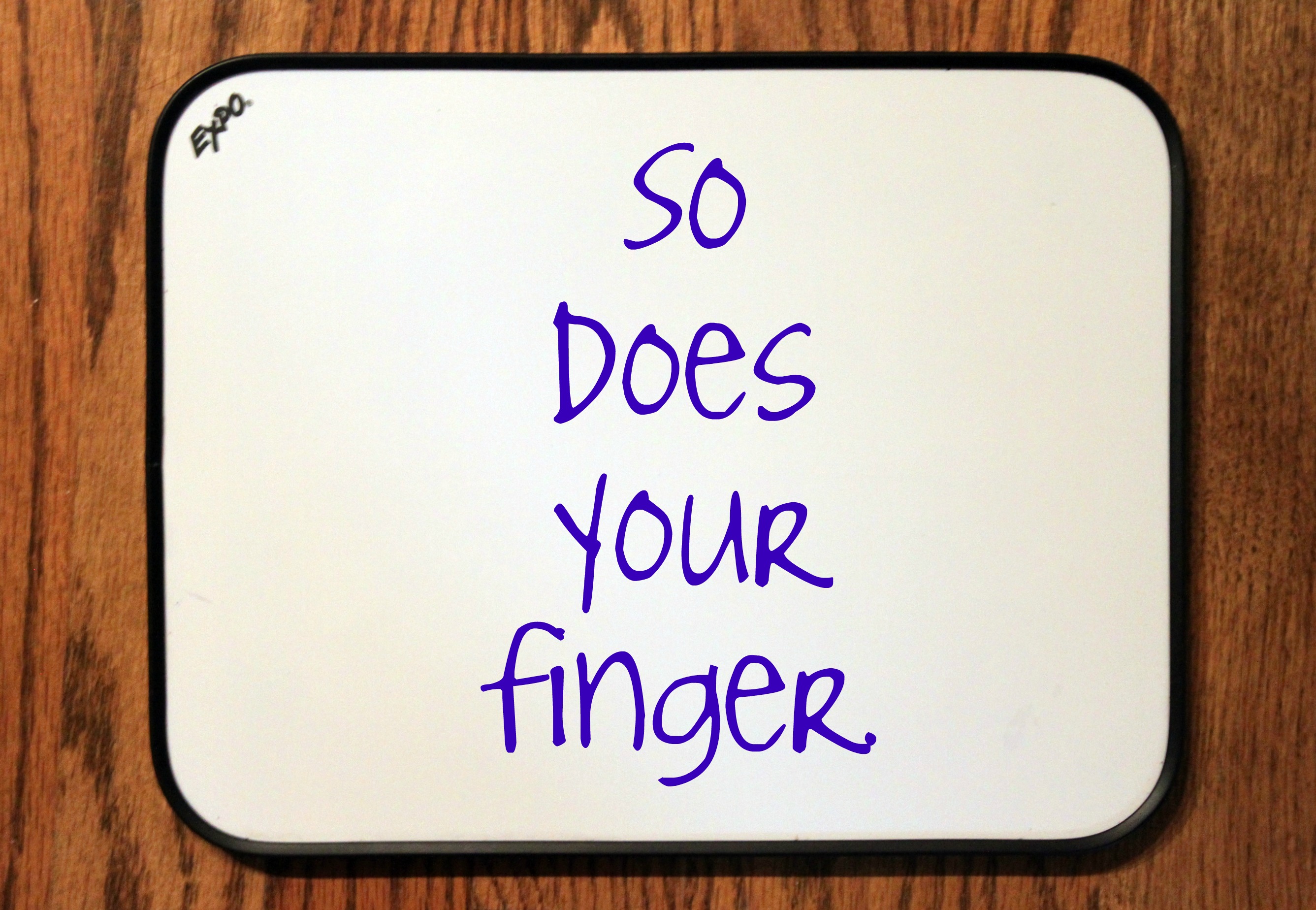 William laughed and started his own personal demo.

And another rhetorical question bites the dust.

Since it’s Whiteboard Wednesday, I have to ask:

What bizarre things have you said or heard recently?