Last night over dinner, we played a game of Would-You-Rather. It’s less stressful than watching all stages of the digestive process in action. The premise of Would-You-Rather is simple: you give one person a choice of two equally tempting options. Kind of like would you rather snog George Clooney or Colin Firth? 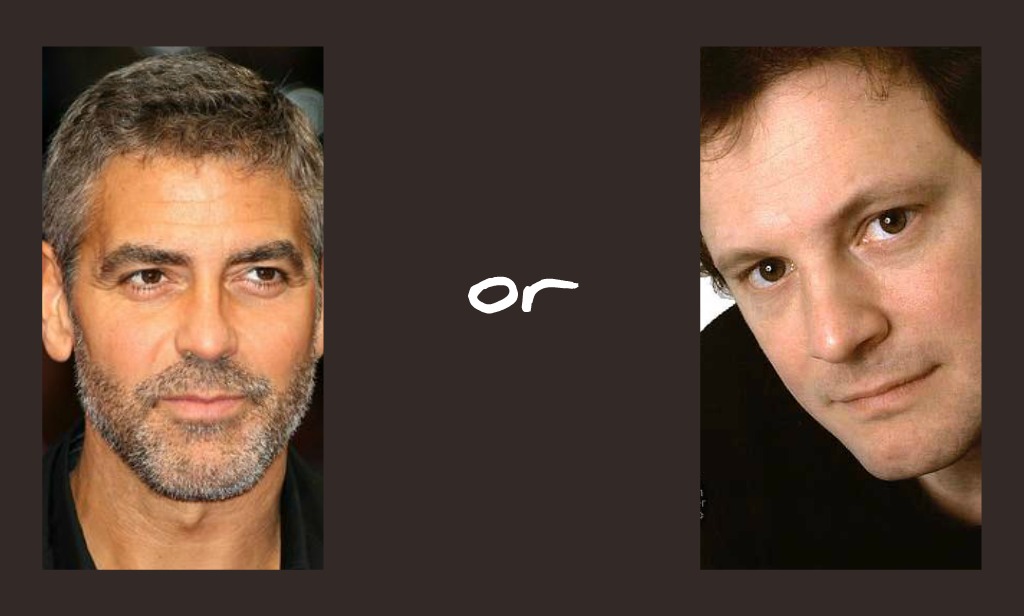 Only this is the family version.

Here’s how it went down.

WILL: Dad, would you rather watch TV or watch people grow grass?
DH: I’d have to say TV.
WILL: I knew it.

WILL: Mom, your turn. Would you rather go to a movie or poo your pants?
ME:  What was the first one again?
WILL: Go to a movie!
DH: Well … what’s playing?
ME: I’m thinking go to a movie. I never get to do that.

Would you rather leave me a normal comment
or
ask me a would-you-rather question?